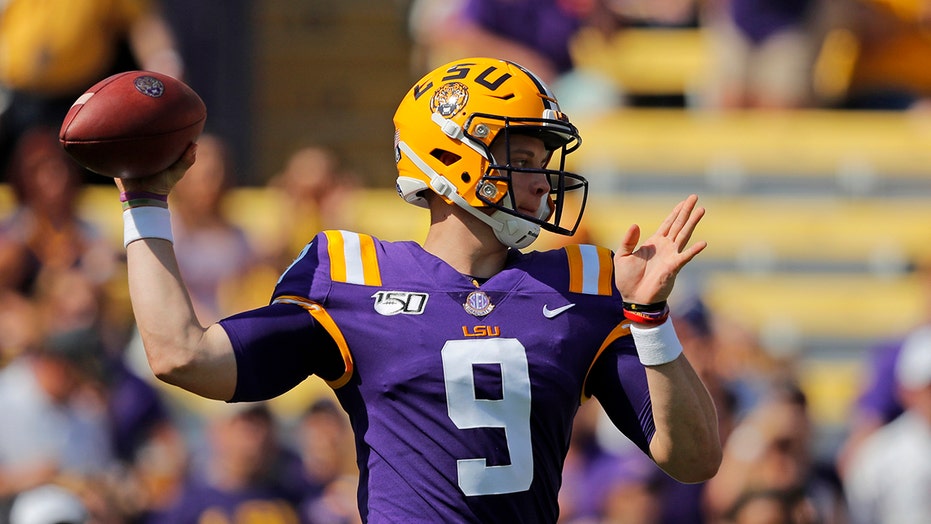 LSU Tigers quarterback Joe Burrow had some harsh words for the Florida Gators ahead of their pivotal conference matchup on Saturday.

Burrow, who leads SEC quarterbacks with 1,864 passing yards and is second with 22 touchdown passes, told reporters Tuesday he’s not a big fan of the Gators.

“I don’t like them very much,” he said. “I know they don’t like us very much. That’s been the talk around here. You just have to keep your emotions in check with a game like this.”

Burrow’s comments definitely raise the already high stakes that lay in wait for the Tigers and the Gators on Saturday.

Their rivalry matchup will mean more than just where the two teams stand in terms of conference rankings, but will also have a potential effect on where they stand when it comes to the College Football Playoff.

LSU is currently No. 5 in the latest Associated Press Top 25 poll and received two first-place votes heading into this week. Florida is currently No. 7 in the poll after their win over Auburn last weekend.

For the Tigers, a win over the Gators on Saturday would be a bit of a revenge win. Florida defeated LSU 27-19, handing the Tigers the first win of the season.

In that game, Burrow had one of his worst performances of the 2018 season. He failed to throw a touchdown pass and had two interceptions.

Burrow will hope to find redemption in the Bayou come the weekend.