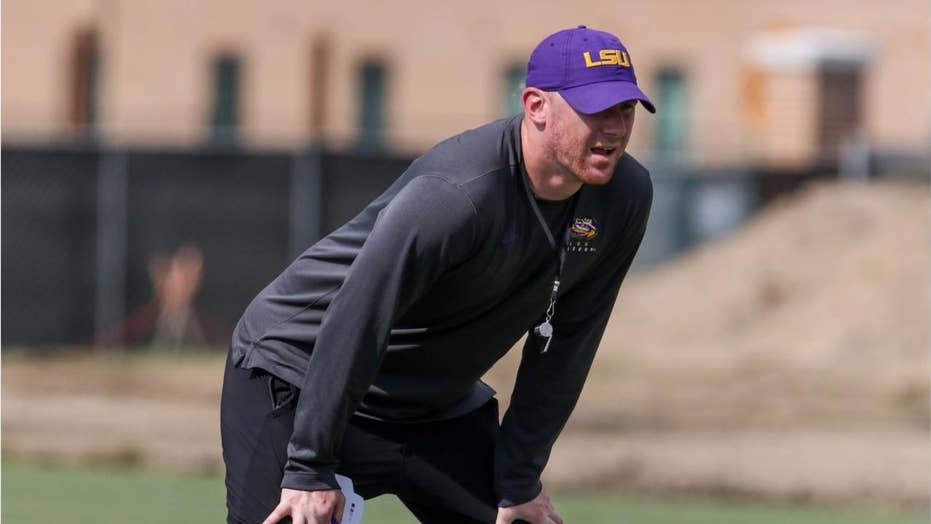 Louisiana State University's passing game coordinator Joe Brady will be heading to the NFL, according to reports. The championship winning coach was last in the NFL in 2016 as an offensive assistant with the New Orleans Saints.

LSU's passing game coordinator, Joe Brady, a coveted coach who had been linked to several NFL teams in the offseason, is reportedly returning to the pros.

Brady, coming off a national championship win, is set to join the Carolina Panthers and their new head coach Matt Rhule, according to multiple reports.

Brady will be the team’s offensive coordinator, ESPN reported Tuesday.

The 30-year-old coach impressed teams with his work getting LSU to the national championship game and helping quarterback Joe Burrow go from a 16-touchdown season to a record 60 in one year. Burrow won the Heisman Trophy in his final season with the Tigers, which culminated in a national championship victory over Clemson.

Brady was a wide receiver at William & Mary before becoming a linebackers coach for the Tribe. He was with the school in 2013 and 2014 before he was a graduate assistant at Penn State. He was with the Nittany Lions from 205 to 2016 and then joined the New Orleans Saints as an offensive assistant.

He joined Ed Orgeron’s staff prior to the start of 2019 and was honored with the Ryan Broyles Award as the nation’s top assistant coach.

Carolina has the No. 7 pick in the upcoming draft. Burrow is expected to go No. 1 to the Cincinnati Bengals.

Brady talked about LSU’s system before the national championship game.

“Every coach should put together a system that isn't just what we do and this is what we're doing,” Brady said. “It's about, let's see what our players do well and run the system that can relate to them and put them in the best position to have success.

“No matter the quarterback you have, if he can't really throw well but he can run, let's put a system together that can put him in the best position. The same with your running back and receivers and tight ends. The best coaches don't just run a system. They run what puts their players in the best position.”

The Panthers were ranked No. 20 in points scored and No. 19 in yards gained last season. Christian McCaffrey continued his tear with 1,387 yards rushing and 1,005 yards receiving.