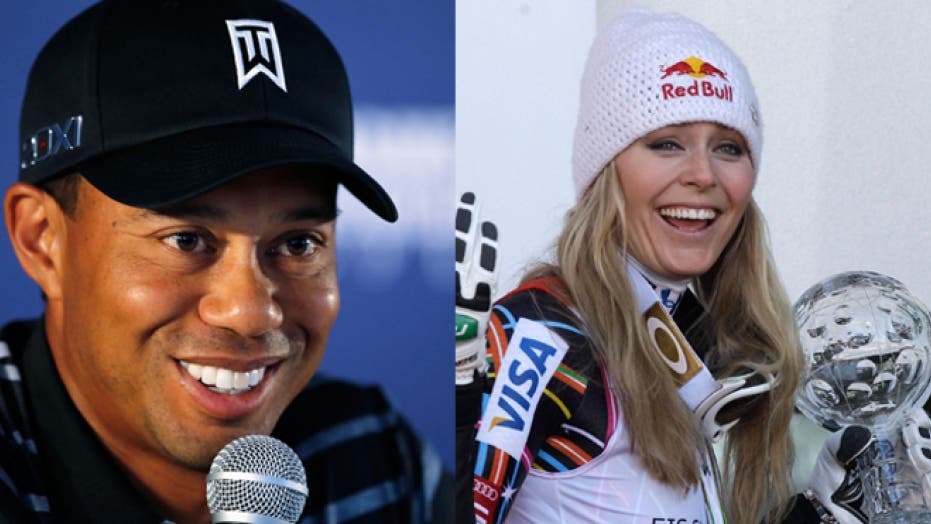 Lindsey Vonn said Monday she was happy for her ex-boyfriend Tiger Woods after the golf superstar won the Masters Tournament last month – his first major victory in several years.

Vonn told “Extra” that she knew Woods would make a comeback.

TIGER WOODS TAKES SWIPE AT JOHN DALY OVER GOLF CART: 'I WALKED WITH A BROKEN LEG'

“It was great. I always knew that he would come back and I am happy that he did,” the retired former Olympic skier said.

Vonn and Woods started dating in March 2013 but split in May 2015. Vonn is now dating Nashville Predators star P.K. Subban.

It was also announced that Vonn has a new memoir coming out next year called, “Rise: My Story.” The book will describe her “epic journey” to international fame.

“I think I have plenty to talk about with my injuries, obviously, my entire career and my personal life, my family,” she told the Associated Press. “There's a lot that's happened in my life, and I feel like I want to share that and empower other women to be independent and strong and believe in themselves.”

Vonn retired from skiing after the world championships in Sweden. She won a bronze medal in her final race.