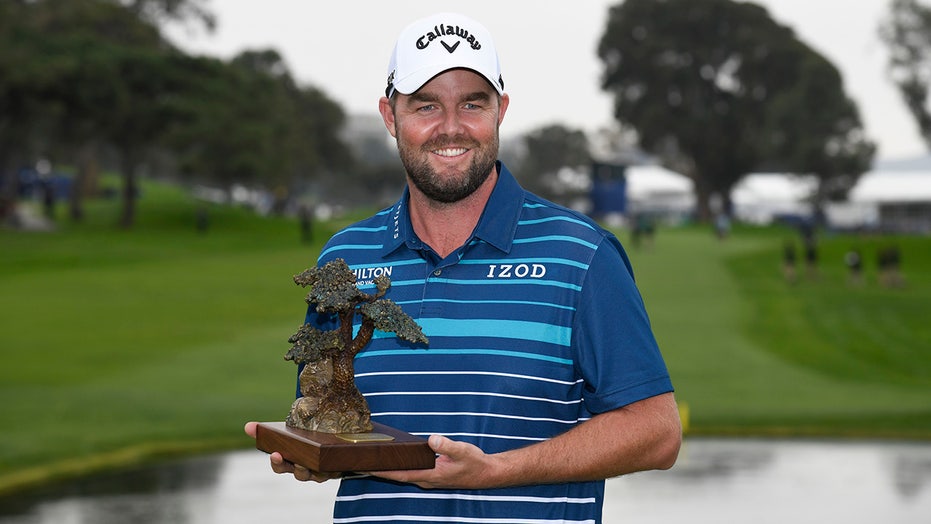 Marc Leishman realized he had at two-shot lead as he stood over a 6-foot birdie putt on the final hole at Torrey Pines. He also knew Jon Rahm was the only one who could catch him.

That made his final birdie all the more important.

It turned out to be the winner Sunday in the Farmers Insurance Open, much to Rahm's surprise.

Leishman shot 31 on the front nine to seize control, came up with three big par saves on the back nine and closed with a birdie for a 7-under 65 and a one-shot victory.

“If I wasn't to win, I didn't want it to be because of me,” Leishman said. “I wanted it to be because someone made a run, which Jon did. I'm just lucky that he didn't do it a hole earlier.”

Rahm played so badly at the start — two bogeys and a double bogey through five holes — that he started firing away, and few players are more dangerous. He made an eagle and three birdies over a five-hole stretch to at least have a chance.

His one mistake, aside from a bogey on the 15th hole, was not knowing the score.

"He stuffed his tee shot on the 16th to 8 feet, and he went after the pin on the 17th to 5 feet for birdie, drawing him to within two shots. Leishman had finished by then at 15-under 273.

“After I made that putt on 17, I never looked at the scoreboard,” Rahm said. “So as far as I was concerned, I was one back. With a birdie, I was going to be in a playoff.”

It might not have changed anything. Rahm hit the green on the par-5 18th, and it went to the top ridge — the pin was on the lower level in a bowl. He was in the same spot from where he made eagle in 2017 that secured his first PGA Tour title.

His putt died to the left and short. His caddie told him, “Good try.”

“I'm like, ‘What do you mean? We’re in a playoff.' He's like, ‘Nope, he birdied 18.’ And I didn't hear any roars or anything, so I just assumed he parred," Rahm said. “Again, even if I hit the right speed, that putt doesn't go in. It was left of the hole, so it doesn't matter. But still, it's just a sour feeling.”

Rahm shot 70. When he won at Torrey Pines in 2017, he rallied with a 65 to win. This time, it was Leishman's turn. Leishman and Rahm are the only players to win with a 65 in the final round since the South Course was revamped and lengthened ahead of the 2008 U.S. Open.

Rory McIlroy, needing a victory to return to No. 1 in the world, started three shots behind in the final group and opened with two straight bogeys. He missed a short birdie attempt on the third, and then pulled his tee shot into the hazard and had to scramble for bogey.

Much like Rahm, he stayed in the mix by playing his last five holes on the front nine in 5 under. McIlroy couldn't make up enough ground, shot 69 and tied for third with Brandt Snedeker (68).

Tiger Woods, trying to set the PGA Tour record with his 83rd career victory, never got anything going. Woods had to settle for a 70 and tied for ninth, six shots behind.

Woods and Kobe Bryant began their pro careers the same year. Only after the round did Woods learn Bryant had died in a helicopter crash about 30 minutes north of Los Angeles.

“I didn't understand why they were yelling, ‘Do it for Mamba’ on the back nine,” said Woods, who called it “one of the most shocking, tragic days I've ever been part of.”

Ryan Palmer, who started one shot out of the lead, closed with a 77.

Leishman knew he needed a good start, and some help. He got both. He birdied three of the opening four holes, while the final group of Rahm, McIlroy and Palmer were collectively 9 over through four holes.

“Any one of them don't go in and we're probably still on the golf course,” he said.

Instead, he was celebrating his fifth career PGA Tour victory. Leishman was the second Australian to win on Australia Day, following Lucas Herbert at the Dubai Desert Classic on the European Tour earlier Sunday.