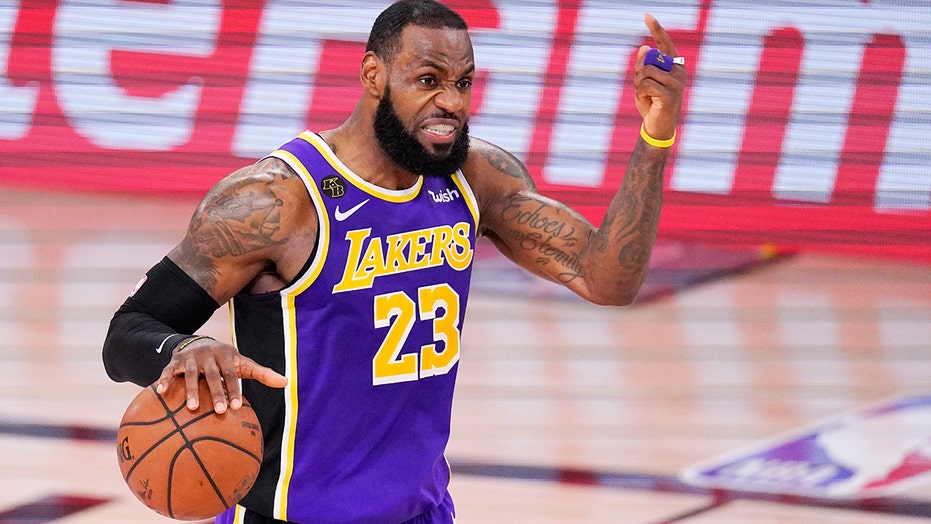 LeBron James and the Los Angeles Lakers booked a trip to the NBA Finals on Saturday night, finishing off the Denver Nuggets in five games.

James finished with a triple-double in the Lakers’ 117-107 victory in Orlando, Fla. He had 38 points, 16 rebounds and 10 assists and hit a dagger three-pointer to deal the game in the fourth quarter.

“My teammates said bring us home and it was my responsibility to try to make the right plays and do the right things on the floor to help us win ballgames,” James said after the game.

It will be James’ 10th NBA Finals appearance and the third team he has taken to the Finals. The previous teams were the Miami Heat and Cleveland Cavaliers. He won a title with the Cavaliers and two with the Heat.

Anthony Davis added 27 points in the win. It will be his first Finals appearance.

Los Angeles will play the winner of the Eastern Conference Finals between the Heat and the Boston Celtics.

For the Nuggets, Nikola Jokic and Jerami Grant had 20 points each while Jamal Murray added 19 points.

Denver became the 16th team in NBA history to lose 10 games in a single postseason. The record is 11, shared by four other teams. They also became the second team to play at least 19 games in a single playoff and finish with a record below .500; they were 9-10, as were the 1978-79 Washington Bullets.

The Lakers will have a chance to win their 17th NBA championship. The team has not won since 2010 when Kobe Bryant and Pau Gasol were leading the team.