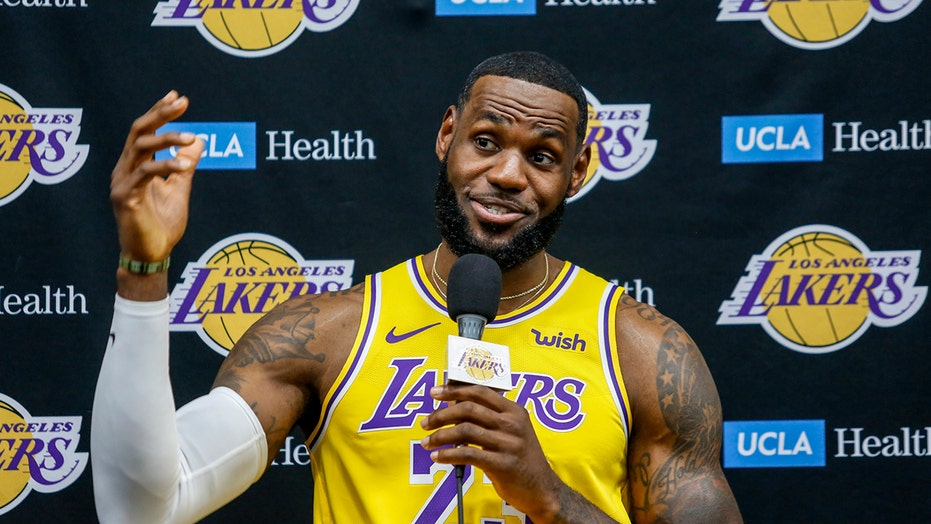 LeBron James formed a task force to take on voter suppression, and it appears the state of Kentucky is his first target.

James took issue with a report that Kentucky was allowing some counties to have only one polling place ahead of Tuesday's primary election.

“Said it last week about GA.  This is SYSTEMIC RACISM and OPPRESSION.  So angry man,” he tweeted in response to the report Saturday.

A judge ruled Thursday that Kentucky’s most populous counties will not have to have more than one polling location for the state’s primary elections, according to the Courier-Journal.

MAVERICKS' MARK CUBAN ON PLAYERS KNEELING DURING NATIONAL ANTHEM: 'HOPEFULLY I'D JOIN THEM'

State elections were postponed from May to June because of the coronavirus pandemic. Counties in the state have also adjusted with Jefferson County using the Exposition Center as its lone polling place, according to the newspaper.

Fayette County Clerk Don Blevins Jr. told the newspaper that the ease of mail-in voting and the obstacles the pandemic brings give reason to the single polling places.