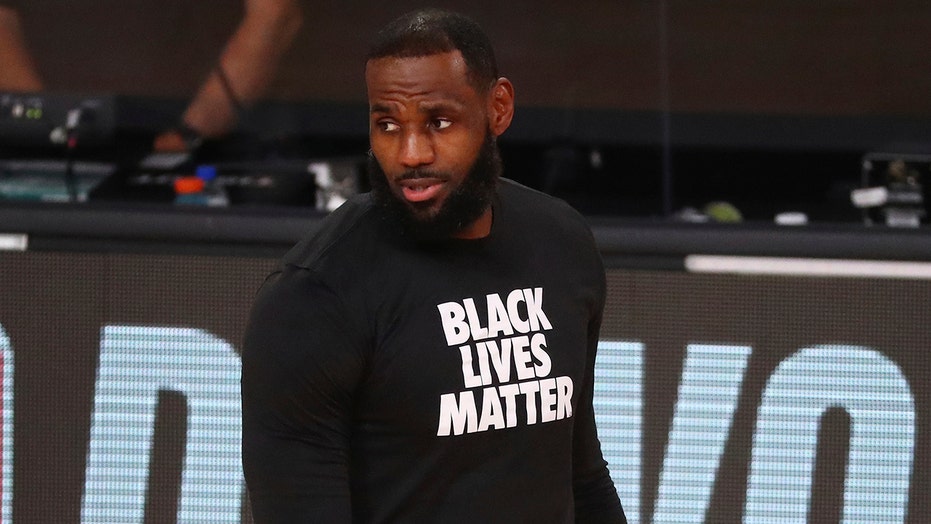 LeBron James has often used his platform to be a voice for the victims of police brutality and social injustice but on Tuesday he came out to defend himself against critics who have accused the Los Angeles Lakers star of inciting acts of violence against members of law enforcement.

After losing 114-106 to the Denver Nuggets in Game 3 of the Western Conference Finals, James was asked about suggestions that he, and others who publicly speak out against police brutality, were responsible for the ambush shooting of two sheriff’s deputies in California earlier this month.

“I’ve never in my 35 years ever condoned violence,” James said, according to the Los Angeles Times. “Never have. But I also know what’s right is right and what’s wrong is wrong, and I grew up in the inner city in a Black community in what we call the hood or the ghetto, however you want to picture it. And I’ve seen a lot of counts first hand of a lot of Black people being racially profiled because of our color. And I’ve seen it throughout my whole life.”

He continued: “And I’m not saying that all cops are bad because I actually — throughout high school and things of that nature and I’m around them all the time and they’re not all bad. But when you see the videos that’s going on and you can see all over the — not only my hometown but all over America, you continue to see the acts of violence towards my kind, I can’t do nothing but to speak about it and see the common denominator. But not one time have I ever said, ‘Let’s act violent towards cops.’ I just said that what’s going on in our community is not OK and we fear for that and we fear for our lives.”

On Sept. 12, two deputies, a 31-year-old female and a 24-year-old male, were sitting in their squad car at a Metro rail station in Compton when a suspect walked up and opened fire through an open window on the passenger side. The deputies were able to radio for help.

"This challenge is to Lebron James. I want you to match that and double that reward," Villanueva said. "I know you care about law enforcement. You expressed a very interesting statement about your perspective on race relations and on officer-involved shootings and the impact that it has on the African-American community.”

When asked Tuesday about the sheriff’s challenge, James said he had “zero comment.”

On Sunday, following Game 2, James did offer his condolences to the two sheriff’s deputies.

“We want justice for that as well as we want justice for Breonna Taylor and so on and so on. We don’t want no violence. We preach for the better of love and peace," he said. "Hopefully we can get that at some point in our communities.”