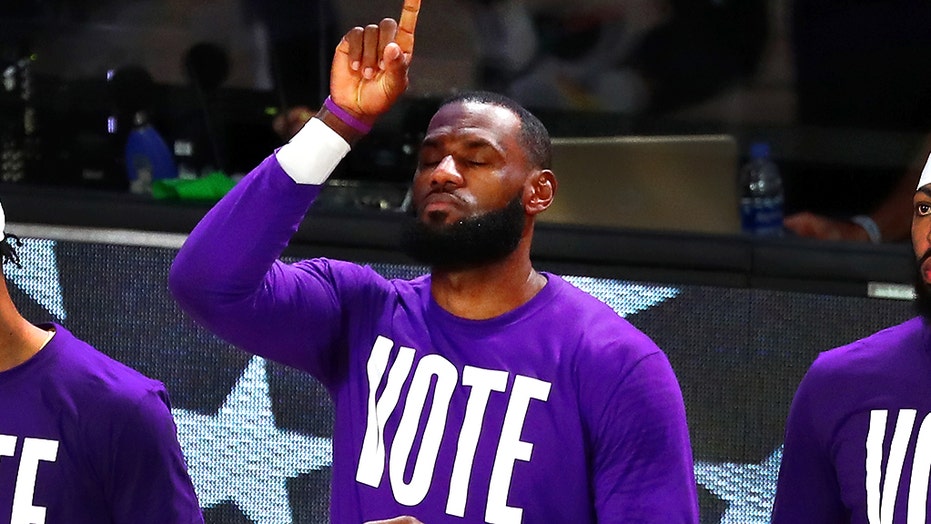 Los Angeles Lakers superstar LeBron James reacted to the grand jury’s decision to indict one of three police officers involved in the shooting death of Breonna Taylor with criminal charges.

On Wednesday, James sent out a series of tweets voicing his frustrations.

"I’ve been lost for words today! I’m devastated, hurt, sad, mad! We want Justice for Breonna yet justice was met for her neighbors apartment walls and not her beautiful life. Was I surprised at the verdict. Absolutely not but damnit I was & still am hurt and heavy hearted! I send my love to Breonna mother, family and friends! I’m sorry! I’m sorry! I’m sorry!!" James wrote on Twitter.

James continued: "The most DISRESPECTED person on earth is THE BLACK WOMAN! I promise you I’ll do my best to change this as much as I can and even more!! LOVE to you QUEENS all over this country and beyond!"

LEBRON JAMES DENIES INCITING HATRED AGAINST POLICE: 'NOT ONE TIME HAVE I EVER SAID ‘LET’S ACT VIOLENT TOWARDS COPS’'

A Jefferson County grand jury indicted Officer Brett Hankison with three counts of wanton endangerment in the first degree for his role in a drug operation that resulted in the death of Taylor, a 26-year-old Black emergency medical worker. The charges against Hankison relate to shots that were fired into a neighbor's home, not Taylor's death.

Taylor was shot six times by the officers who entered her home during a narcotics investigation on March 13. The officers fired at least 20 shots during the raid.