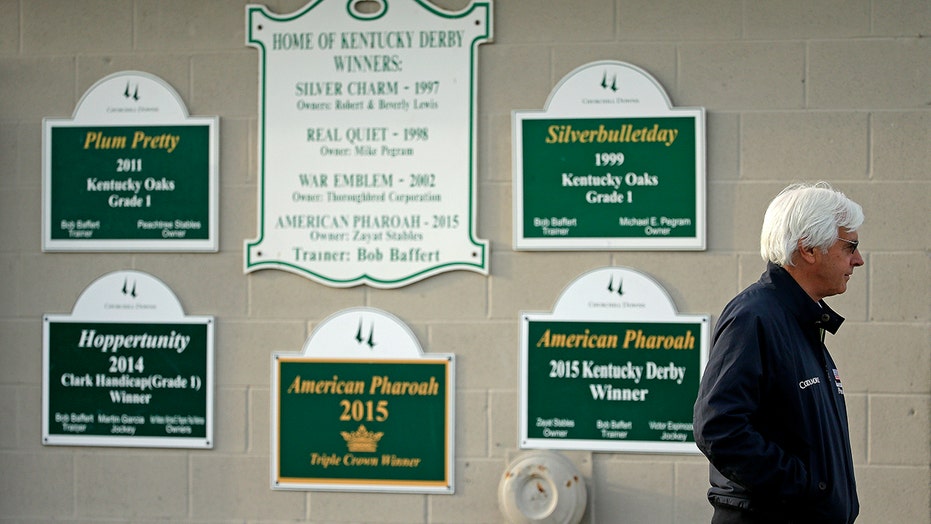 Kentucky racing officials have denied trainer Bob Baffert’s request to stay his suspension for a failed postrace drug test by Medina Spirit that led to his disqualification as Kentucky Derby winner.

Kentucky Horse Racing Commission board members on Friday voted 10-0 with three abstentions against the stay in a specially called meeting. KHRC stewards last week suspended the Hall of Fame trainer for 90 days with a $7,500 fine and disqualified the now-deceased colt for having the corticosteroid betamethasone in his system last May. Betamethasone is allowed in Kentucky but prohibited on race day.

Director Marc A. Guilfoil denied an initial request to stay the suspension, which was scheduled to start on March 8 but is delayed pending a March 17 hearing before Franklin County Circuit Judge Thomas Wingate.

Clark Brewster, an attorney for Baffert, argued that the steroid came from a topical ointment rather than an injection. KHRC general counsel Jennifer Wolsing countered that the source of the betamethasone was irrelevant and cited Baffert's failure to keep promises to improve his operation after a series of positives by his horses.

Brewster in a statement afterward called the KHRC’s decision "a sudden, arbitrary departure from its own 100-year precedent" and added that he looked forward to obtaining a stay in court.

Baffert on Tuesday sued Churchill Downs in federal court, seeking to overturn his two-year suspension because he did not receive due process. The track has recognized Derby runner-up Mandaloun as race winner. Medina Spirit died on Dec. 6 of a heart attack following a workout at Santa Anita track in California.