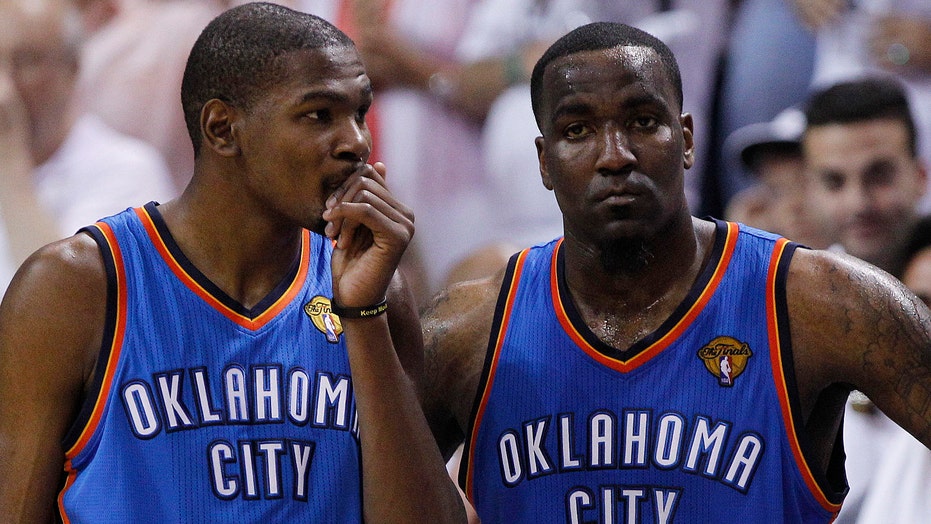 Perkins had criticized Durant on Twitter earlier this month for leaving the Thunder to join the Golden State Warriors after the 2015 season, calling it "the weakest move in NBA History!!!"

The death of Bryant -- who was killed in a helicopter crash in California on Sunday that reportedly claimed the lives of nine people, including his 13-year-old daughter Gianna -- appeared to cause Perkins to reach out and attempt to mend past wounds between the two.

"Just wanted to tell you I Love you my brother and whatever I did to hurt you I’m sorry bro and hope you forgive me!!! I love you bro real Talk! @KDTrey5," Perkins said on Sunday afternoon.

Nearly three hours later, Perkins elaborated that Bryant would have wanted "us to get past differences with our brothers and move on."

"My new motto with everything is, What Would Kobe do? He’d want us to focus more on the loss of his daughter. He’d want us to get past differences with our brothers and move on. He’d never want the game to be cancelled or be stopped. He’d want us to keep going! #RIPKOBE," Perkins said.

Perkins also posted a photo of him and Bryant together, which is currently his profile picture.

Durant has yet to respond to Perkins' apology.

The two were teammates on the Thunder from 2011-2015. Durant won two NBA championships with the Warriors and now plays for the Brooklyn Nets. Perkins retired from the NBA in 2019.