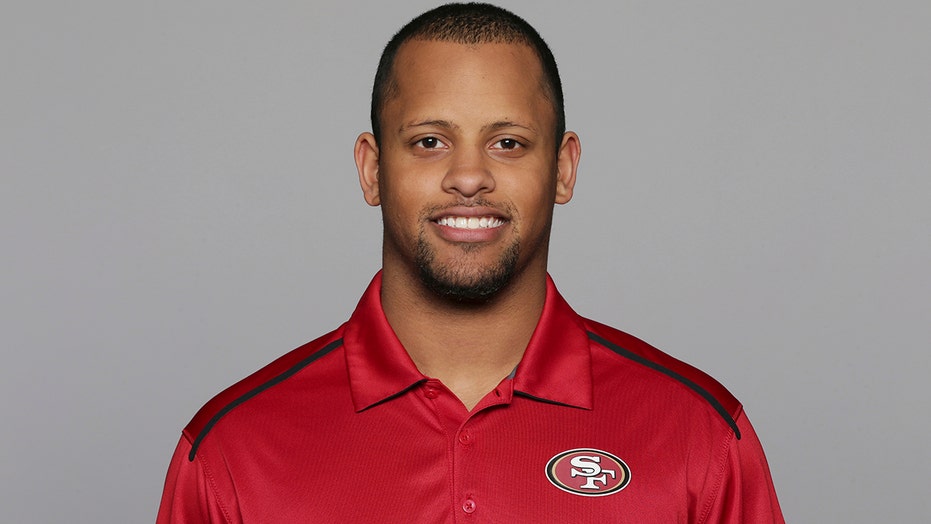 The most important play of Keanon Lowe's life came not during his days on the gridiron but in an Oregon classroom, where instincts took over for the college football star-turned-high school coach as he tackled a would-be school shooter -- and prevented a potential tragedy.

Lowe, who once starred as wide receiver for the Oregon Ducks, recalled the split-second decision to take down the armed man.

Lowe told “Good Morning America” Sunday that he initially went to the Fine Arts Building at Parkrose High School in Portland to respond to a “regular call,” according to the Oregonian. But when he walked into the classroom, Lowe said he was confronted with a student holding a shotgun.

Lowe, a former analyst for the 49ers and wide receiver at the University of Oregon, subdued a person with a gun who appeared on a Portland, Oregon high school campus Friday, May 17, 2019. Lowe is now a coach at Parkrose High School. (AP Photo/File)

Lowe said he ended up getting control of the gun with one arm while fighting the student off with his other arm, adding "everything happened so fast."

“For me, I feel like I was put in that room in that very moment for a reason -- to protect those kids,” Lowe told “Good Morning America.”

Lowe played football at the University of Oregon from 2011 to 2014, catching 10 touchdown passes and recording nearly 900 receiving yards. He later worked as an analyst for the San Francisco 49ers and Philadelphia Eagles.

Police on Saturday identified the gunman as Angel Granados Dias. He was booked into the Multnomah County Detention Center on suspicion of possessing a firearm in a public building, attempting to shoot a gun at a school and reckless endangerment, police said.

Dias was being held on $500,000 bail and was set to make a court appearance Monday.

This undated photo provided by the Portland, Ore., Police Bureau on Saturday, May 18, 2019 shows Angel Granados Dias, 18. Police said the Parkrose High School student was tackled after reportedly bringing a gun into a classroom on Friday. (Portland Police Bureau via AP)

Dias, a student at Parkrose High School, appeared to be distraught when he appeared at the door outside a classroom and pulled the weapon from a long trench coat, witnesses told the Oregonian.

Classes were expected to resume Monday with an enhanced security presence.