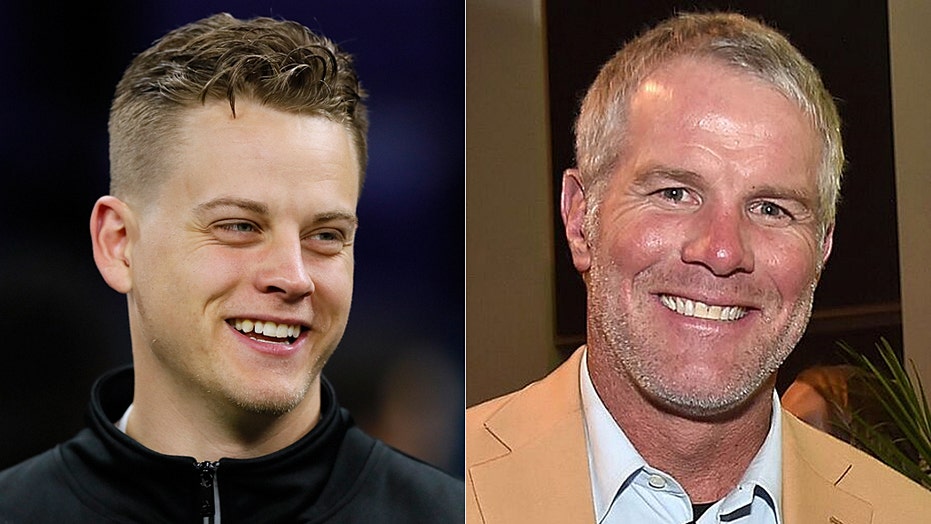 Pro Football Hall of Fame quarterback Brett Favre praised Joe Burrow days before he is likely to be the top pick of the upcoming NFL Draft.

Favre told CBS Sports HQ on Friday he feels that Burrow “deserves” to be the No. 1 pick after the season he put together at LSU during his final season. Burrow had 60 touchdown passes, won the Heisman Trophy and led the Tigers to a national championship.

“Joe Burrow is as close to a 'can't miss' as you can possibly get based on his performance,” the former Green Bay Packers great said of the 24-year-old.

“I think Joe Burrow would deserve to be the first pick in the draft if you just strictly base it off of his performance this past year,” Favre said. “From a team standpoint, I don't think we ever have seen a team dominate the way they dominated, and obviously he was the leader of that team.”

Burrow could use all the advice he can get before likely playing for the Cincinnati Bengals.

He would potentially take over at quarterback for a Bengals team that went 2-14 last season. The Bengals as a franchise haven’t won a playoff game since 1990.