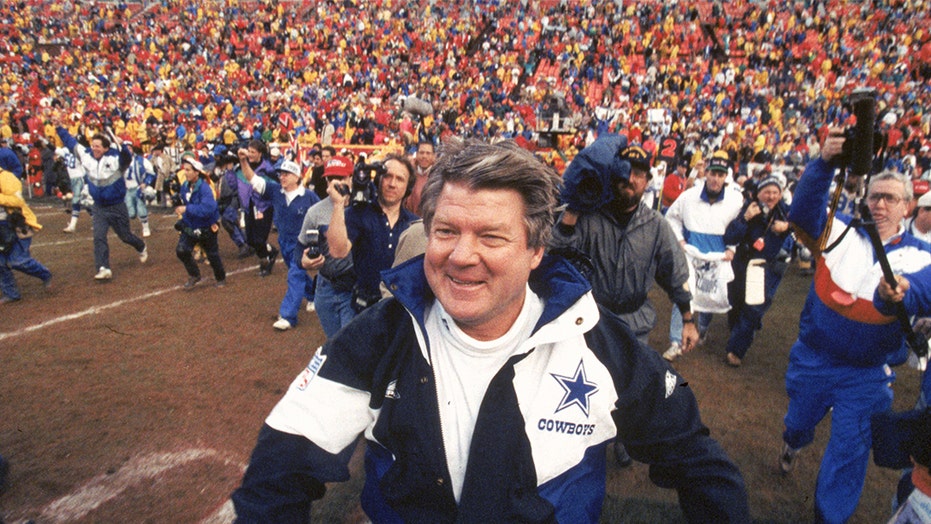 Jimmy Johnson helped develop the Dallas Cowboys into America’s team in the 1990s and his legacy will live on forever as he was announced Sunday night as the newest member of the Pro Football Hall of Fame.

Johnson received the surprise announcement during the halftime show of FOX’s broadcast of the Green Bay Packers and the Seattle Seahawks.

Johnson immediately broke down into tears as Hall of Fame President and CEO David Baker greeted him during the broadcast.

“I mean, this is so special to me because when you put in the work that we put in, it’s nice to know people appreciate it.”

The FOX broadcast also showed Troy Aikman watching Baker tell Johnson he will be inducted into the Hall of Fame; the former quarterback was in tears.

Johnson got his first NFL coaching gig with the Cowboys in 1989 when he jumped from the Miami Hurricanes, replacing Tom Landry. He helped shape the Cowboys by first making one of the most impactful trades in NFL history when he traded Herschel Walker to the Minnesota Vikings for several draft picks and then reunited with Michael Irvin.

He helped the Cowboys win two Super Bowls in the 1990s and has been credited with building the team that won Dallas their third in the decade under coach Barry Switzer. Johnson had left the Cowboys due to a deteriorating relationship with team owner Jerry Jones.

Soon after leaving the Dolphins, Johnson became a host of “FOX NFL Sunday” and a staple for pregame and postgame analysis for several years.

He finished his pro coaching career with an 80-64 record.