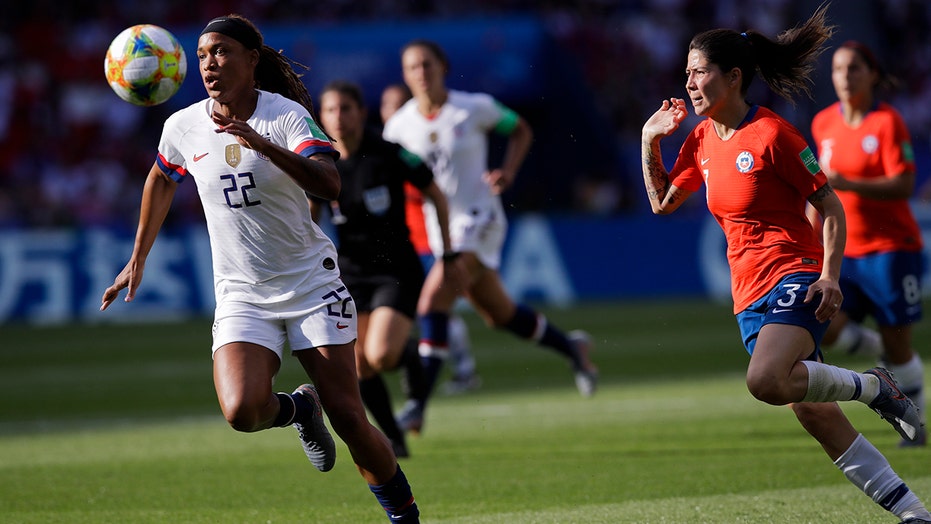 The video showed McDonald’s son, Jeremiah, waiting patiently to see his mom and when she shows up, the boy’s excitement becomes overwhelming.

The two share a loving embrace as McDonald picks him up and hugs him.

McDonald, 31, is playing in her first World Cup and made her debut during the group stage in a match against Chile. She nearly scored in the match, but her bend hit the post.

McDonald opened up to the Associated Press about her son, 7, coming to watch her play in the latter stages of the tournament.

“He doesn't fully understand, but at least he's at an age right now where he's actually going to remember this,” she told the AP. “He's going to look back and be like, 'Wow, I was there. Wow, my mom actually is cool — like she said.’”

Balancing being a single mom and playing on one of the country’s most prestigious teams is something that has left her teammates in awe.

“I don't know how she does it,” midfielder Morgan Brian said. “It's pretty remarkable when you think about it and know how much we sacrifice and we put into this team and how much effort off the field that we have to give, and to know that her time is limited off the field and recovering and doing all the things that she needs to do. It's pretty impressive that she's here at this level.”

McDonald, a two-time NCAA champion at North Carolina, will be donning the red, white and blue as the U.S. takes on France on Friday. The winner moves onto the semifinal.