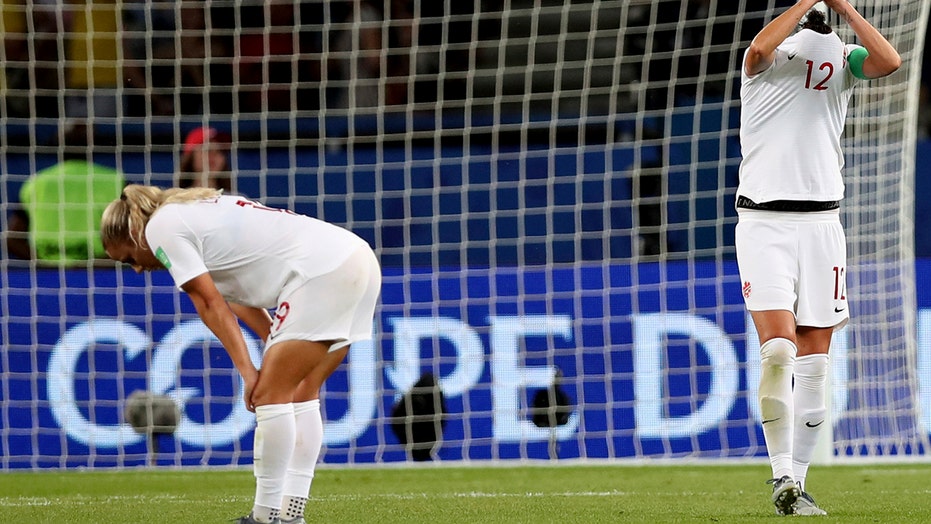 The Canadian women’s soccer team lost to Sweden in the round of 16 stage of the Women’s World Cup in what could be Christine Sinclair’s final international game.

Sinclair appeared visibly upset as Canada was eliminated from the tournament on Monday. However, across social media teammates and opponents of Sinclair’s paid tribute to one of the greatest female soccer players of all-time.

Karina LeBlanc, a former teammate of Sinclair’s and an analyst for FOX Sports, also had kind words for the forward.

“She was our leader for a long time. I know what she’s feeling in this moment – she’s blaming herself for that,” LeBlanc said. “She’s been the face of the game for us in Canada. She’s the biggest female athlete in Canada. She’s made that flag mean something.”

Canada faced some criticism during the match when Janine Beckie ended up taking a penalty kick instead of Sinclair. Beckie, who missed, clarified whose decision it was to take the penalty.

“Christine actually asked me if I wanted to take it. That’s a big moment for me. … It’s gonna be hard for a while,” Beckie said.

It’s unclear whether this would be Sinclair’s final international match. However, if she decides to play in her sixth Women’s World Cup, Sinclair would be turning 41 years old in the middle of the tournament.