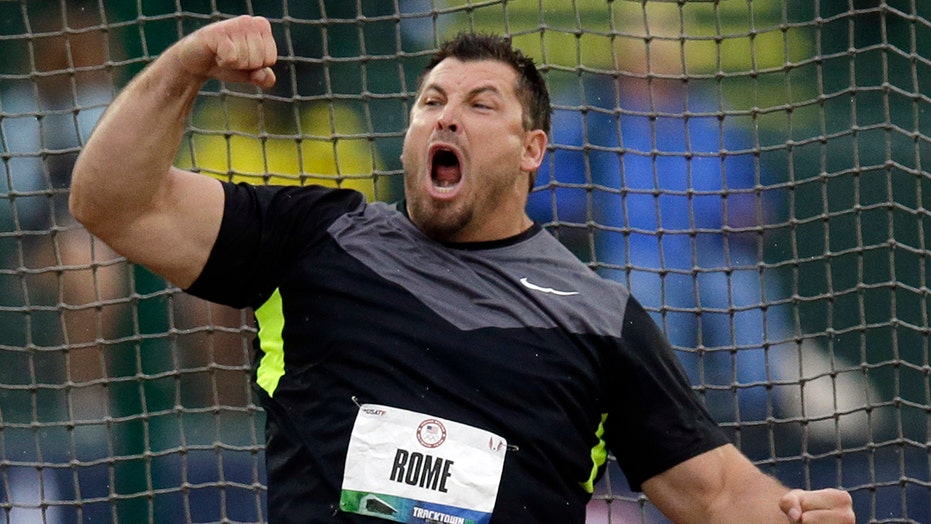 Jarred Rome, a two-time USA Olympian and two-time USA national champion in the discus, was found dead over the weekend at the age of 42.

The cause and manner of death were not known to his family, the Everett Herald reported.

Monica Rome told the paper her brother went with friends to the Tulalip Resort Casino and wasn’t feeling well Friday. Friends checked on him through the night and he was found unresponsive Saturday.

BOLT GONE, DOPING BACK AS THE MAIN TOPIC IN SPRINT GAME

Rome competed in the discus event at the Olympic Games in 2004 in Athens and 2012 in London.

He was a silver medalist at the 2011 Pan American Games.

Rome was in Everett Wednesday for his induction into the Snohomish County Sports Hall of Fame, the paper reported. He was a Snohomish high school athlete.