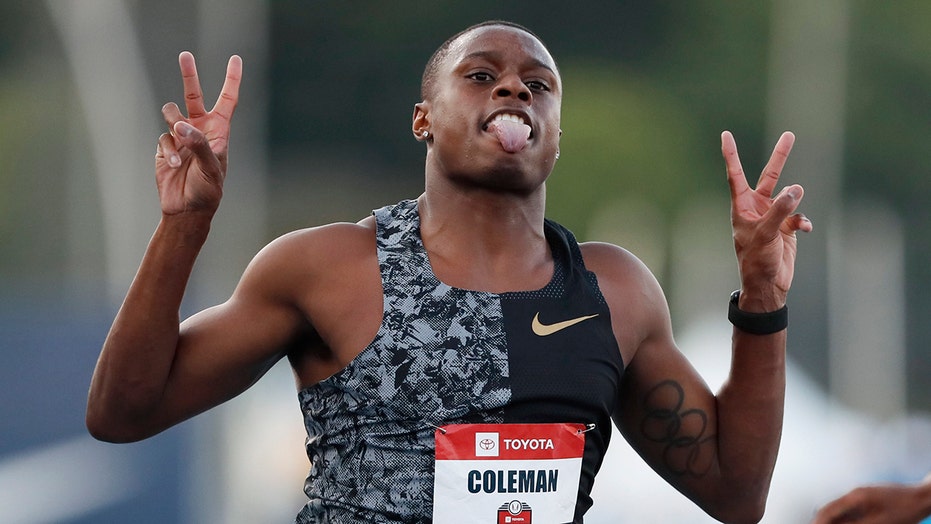 Usain Bolt is in the rearview mirror, replaced by — what else? — an unfolding doping saga in track and field.

The title of "World's Fastest Man" now that Bolt is on the sideline belongs to American 100-meter sprinter Christian Coleman, who almost was banned from this month's world championships because he had missed too many drug tests.

Coleman got a reprieve, but with the vacuum created by Bolt's departure, the Coleman case placed the specter of doping front and center again in the sprint game — same as it had been for decades before the Jamaican arrived and overtook the conversation with his sheer speed and buoyant personality.

Coleman's case involved a pileup of complicated rules, confusing interpretations and twisted after-the-fact narratives that have allowed critics to cast both main players in this saga — Coleman and the U.S. Anti-Doping Agency — into a negative light.

Coleman, who has never failed a drug test, nor ever been suspected of running afoul of the rules, will be running under a cloud of suspicion in the minds of some fans and media who tend to paint all U.S. sprinters with the same broad brush — as cheaters, a stereotype borne out of America's sordid doping past.

Coleman, meanwhile, is assailing USADA for being sloppy and putting him in the crosshairs because of the confusion over the rules.

At issue are the World Anti-Doping Agency's rules, which call for athletes to provide information on their whereabouts so doping-control officers can find them for out-of-competition tests with no advance notice. If an athlete has a combination of three missed tests over the span of 12 months — either because he isn't where he said he would be, because he gave the wrong information or because he didn't update the information — it can be considered an anti-doping violation.

Athletes are responsible for submitting their whereabouts information quarterly, then updating it as necessary. In an interpretation of the rule that WADA applied to Coleman, his first missed test, on June 6, 2018, was backdated to the start of the quarter in which he missed the test — April 1 — which put it outside of the 12-month window between that failure and his latest one, on April 26, 2019.

It was an interpretation of the rule that USADA did not initially anticipate, and one that will be eliminated when the WADA code is revised for 2021.

And though USADA does not discuss ongoing cases in public, because this one got leaked to the media, and because Coleman subsequently commented on it, it freed up USADA to explain its side of the case.

"In this case, we applied the rules to Mr. Coleman in the manner that USADA understands should be applied to any other international-level athlete," USADA CEO Travis Tygart explained.

Most fans probably won't delve into the minutiae of this issue, but will see the words "Doping" and "Track" in the headlines and think "nothing new there."

For the better part of 10 years, Bolt shifted that focus — even deflecting away inevitable questions about his own clean doping record with a smile, or by earnestly taking umbrage at the mere suggestion — and placed it squarely on the track, where his light all but blinded everyone from this sport's ever-growing laundry list of warts and imperfections (Remember, the Russian doping scandal began as a track and field issue, and barring an unexpected move by track's governing body this week, Russians will compete as neutral athletes with their track federation still under suspension).

Now that Bolt is gone, the top two contenders in Saturday's 100-meter final are expected to be Coleman and defending champion Justin Gatlin, a 37-year-old who has been suspended twice for doping violations and whose victory at worlds in London in 2017 was greeted with skepticism from the media and boos from the stands.

"I know you have to have the black hat and the white hat, but guys, c'mon," Gatlin said after his victory, in responding to the booing and the harsh questioning that accompanied the win.

Can any sprinter — whether declared innocent, or insistent that he's changed his ways — get a clean start in a sport that demands exactly that?

Maybe Coleman's trip to Doha, with less than a year to go before the 2020 Olympics, will offer some sort of answer.