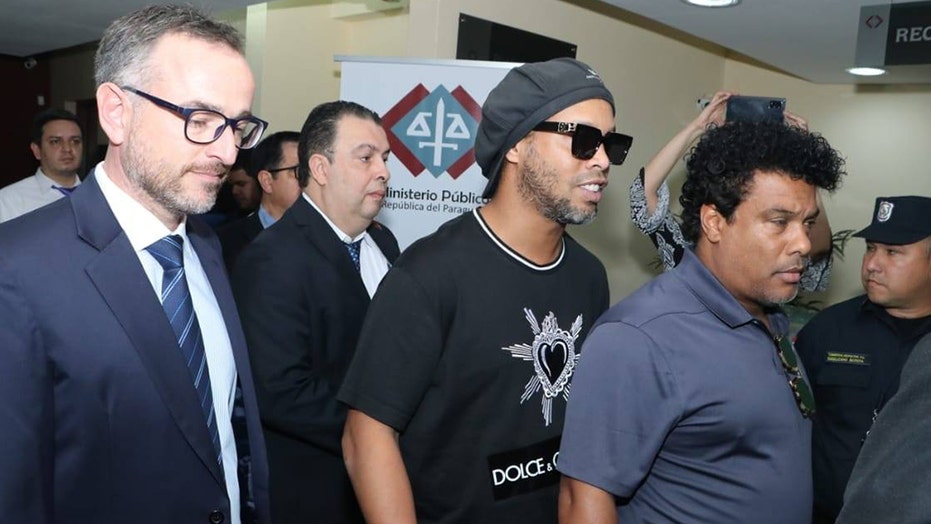 International soccer star Ronaldinho is being investigated by authorities in Paraguay after he and his brother allegedly used fake passports to enter the country, reports say.

The Prosecutor General’s Office of Public Ministry announced Thursday that during a raid of Ronaldinho’s hotel room the previous night, the Organized Crime Tax Unit found “various documents, such as identity cards and Paraguayan passports with the names of Ronaldinho.”

“In a press conference, prosecutor Delfino said that prima facie, the documents seized during the raid, are false content,” a translation of the office’s statement posted to Facebook read.

Tax agents alleged that while the original passports were real, contents were fake.

According to an ESPN report, the Brazilian native was visiting the country for a charity event when his hotel room was raided. He and his brother, Roberto, claimed they received the passports as “a gift” from event organizers.

Ronaldinho previously had his Brazilian passport withheld until he could pay a $2 million fine regarding a building scheme, but ESPN reported that it is was returned in September.

Both men were said to have left Brazil with Brazilian documents but entered Paraguay using the phony passports.

Ronaldinho and his brother were not arrested but remained in their hotel under the watch of local authorities while the investigation continued.

A third man traveling with the pair was arrested by police.