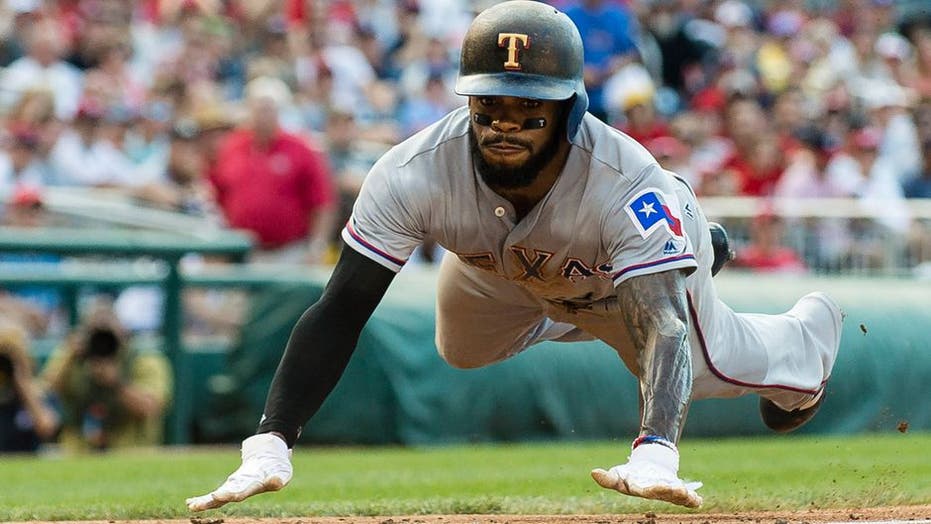 Cleveland Indians outfielder Delino DeShields said Monday he feels regret for not kneeling during the national anthem when former Oakland Athletics catcher Bruce Maxwell did in 2017.

Maxwell had asked DeShields to take a knee with him but the then-Texas Rangers player avoided the opportunity after talking with the organization and his agent, according to ESPN.

“I felt like a sellout,” DeShields said. “I always felt like I should've been out there with him, and now he's not even in the league no more. He's out in Mexico playing. It just sucks that happened to him.”

DeShields didn’t put his hand over his heart at the time, but he said he felt like it wasn’t enough. Maxwell was the only MLB player to kneel during the anthem and was booed for it.

Bruce Maxwell of the Oakland Athletics kneels as teammate Mark Canha #20 places his hand on Maxwell's shoulder during the singing of the national anthem in 2017. (REUTERS/Stephen Lam, File)

“I just remember hearing everyone booing, people behind me talking s--- pretty much,” he told ESPN. “Do you guys not see me? I'm black. This could very well be me. How would you treat me if y'all say y'all love me and y'all love watching me play and I'm this, that, the other, what would your reaction be if it was me? That day, I remember specifically I didn't even want to play. I can't play in front of these people today. I felt uncomfortable.”

MLB PROPOSES 76-GAME SCHEDULE TO PLAYERS AMID FIGHT TO GET SEASON STARTED: REPORT

DeShields said he didn’t want to be exiled from the league if he took a stand for something.

Maxwell was out of the league by the 2018 season.

DeShields said he hasn’t determined whether he would kneel for the national anthem this season.