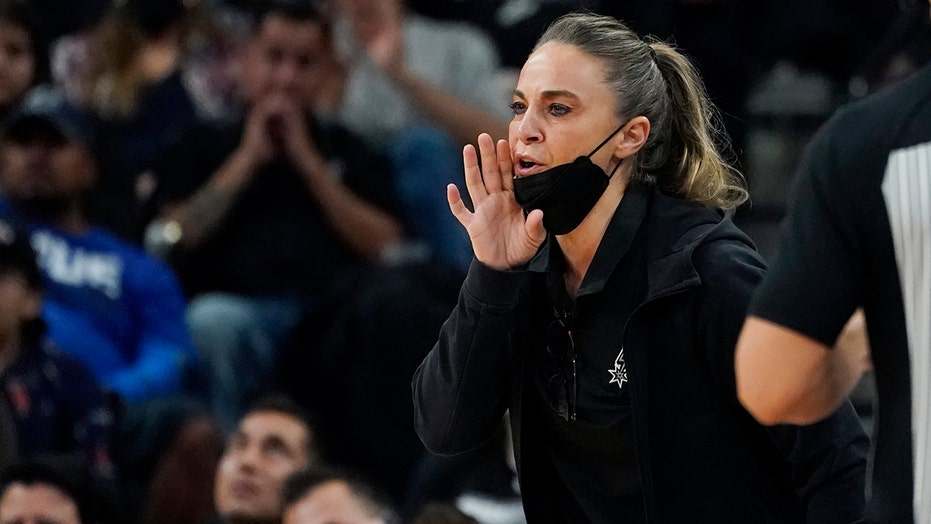 Becky Hammon is finalizing a deal to become the next coach of the Las Vegas Aces, according to a person familiar with the situation.

The person spoke to The Associated Press on Friday on condition of anonymity because no official announcement has been made. She is expected to be the highest paid coach in the WNBA, earning three or four times more than the highest paid player in the league.

Hammon has been an assistant for the San Antonio Spurs for eight seasons. She has interviewed for several NBA head coach openings but hasn’t gotten an offer to be the first woman to lead a team.

She told the AP in an interview in August that: "There’s 30 jobs and they are incredibly hard to get. When I say there are 30 jobs, not all 30 are available, so I’m really talking about three or four."

The move was first reported by The Athletic.

Bill Laimbeer, the Aces' current coach, has been with the organization since it first moved to Las Vegas in 2017. He had taken a step back last season, letting assistant Tanisha Wright run more practices and in-game huddles. Wright left in the offseason to be the head coach of the Atlanta Dream.

Laimbeer, who is 64, is expected to keep a role in the organization.

The Aces finished with the second-best record in the WNBA last season at 24-8 before falling to the Phoenix Mercury in the semifinals. The franchise, looking for its first WNBA title, has a solid core led by former MVP A'ja Wilson.

Hammon spent 16 seasons playing in the WNBA from 1999-2014. She started with the New York Liberty, who also interviewed her for their coaching vacancy earlier this month. She then finished her career with the San Antonio Stars, who later became the Aces.

The Aces retired her jersey this season and she spent a little bit of time with the team, including working with Kelsey Plum.