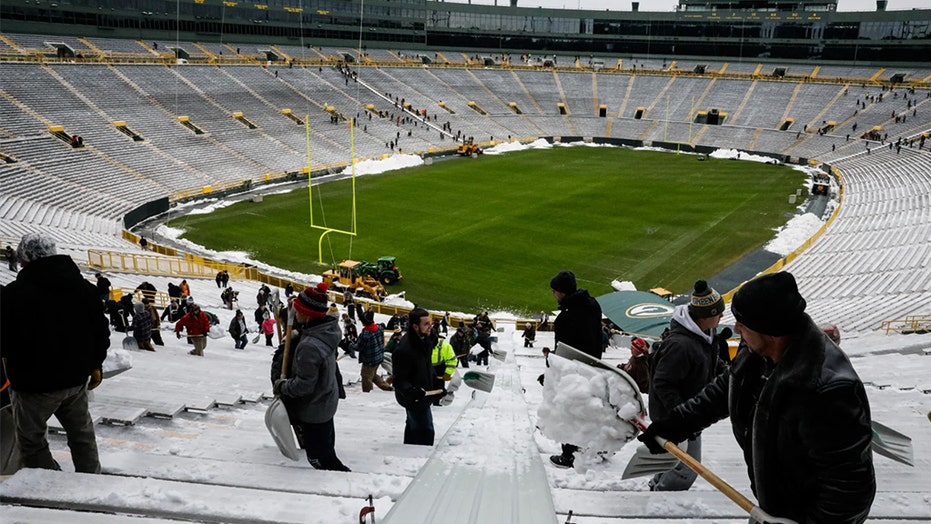 The Greenbay Packers are in need of some serious manpower ahead of Sunday’s playoff game against the Seattle Seahawks and they’re calling on their loyal fan base for help.

The Wisconsin team is asking for 700 fans, 18 years or older, to show up to Lambeau Field at 6 a.m. Sunday to help shovel snow, it announced on its website.

Just last month the Packers made a similar plea to help clear the field ahead of the Dec. 2 Washington Redskins game.  (Green Bay Packers )

“With the expected snowfall Saturday night and into Sunday, Lambeau Field will be in need of snow removal on Sunday morning, Jan. 12, ahead of the Packers-Seahawks game.”

Participants will be provided with shovels and will receive a $12 an hour compensation “upon completion of work.”

Forecasts suggest that Green Bay will be hit with two rounds of heavy snowfall between Friday and Sunday, according to the National Weather Service.

Light to moderate snowfall is expected to impact central and eastern parts of the state Friday night into Saturday morning. The worst of snowfall will begin later that night into Sunday morning, dropping six or more inches in Green Bay.

Green Bay is expected to get more than six inches of snowfall by Sunday morning.  (Green Bay Packers)

Fans will have their work cut out for them if forecasts are accurate, but this isn’t anything new as shoveling fans has become a fun tradition in Green Bay over the years.

Just last month, the Packers made a similar plea to help clear the field ahead of the Dec. 2 Washington Redskins game.