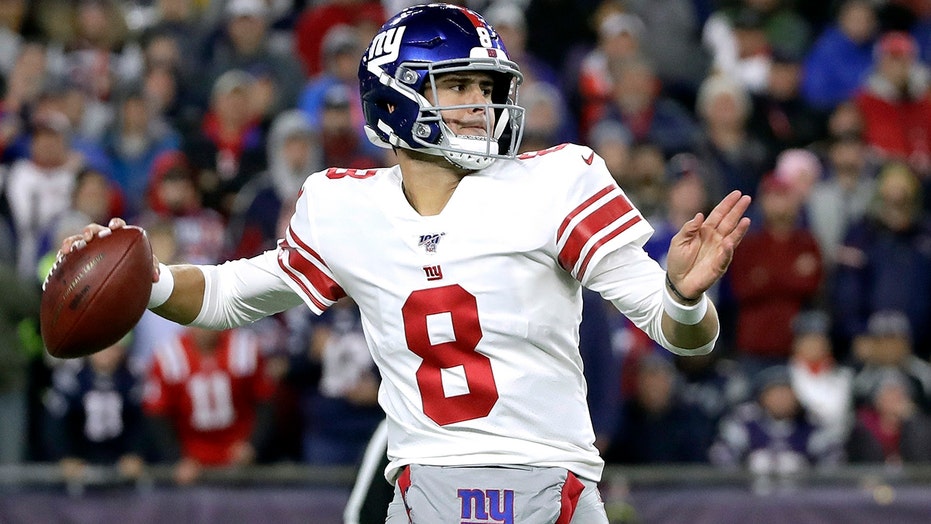 For New York Giants rookie Daniel Jones, Tom Brady was a rival even before he could step onto an NFL field.

Prior to the Giants’ game against the New England Patriots on Thursday, Jones recalled Brady breaking his heart when the team took on the Carolina Panthers in Super Bowl XXXVIII.

“I remember where I watched it. Went to a friend’s house. The Dickens’ house. A family friend,” Jones told ESPN. “Obviously it was heartbreaking when [kicker Adam] Vinatieri made that field goal.”

Jones admitted the loss didn’t make him hate Brady, he was just upset for his Panthers.

“Not really. Don’t think I knew that much at that age. Knew I liked the Panthers,” he said.

It didn’t appear that the thought of a revenge game did enough to fuel Jones and the Giants. He was 15-for-31 with 161 passing yards, a touchdown and three interceptions in the 35-14 loss.

Jones has started four games, and played in five, this season since taking over for Eli Manning. This season, he has five touchdown passes, 921 passing yards and six interceptions.