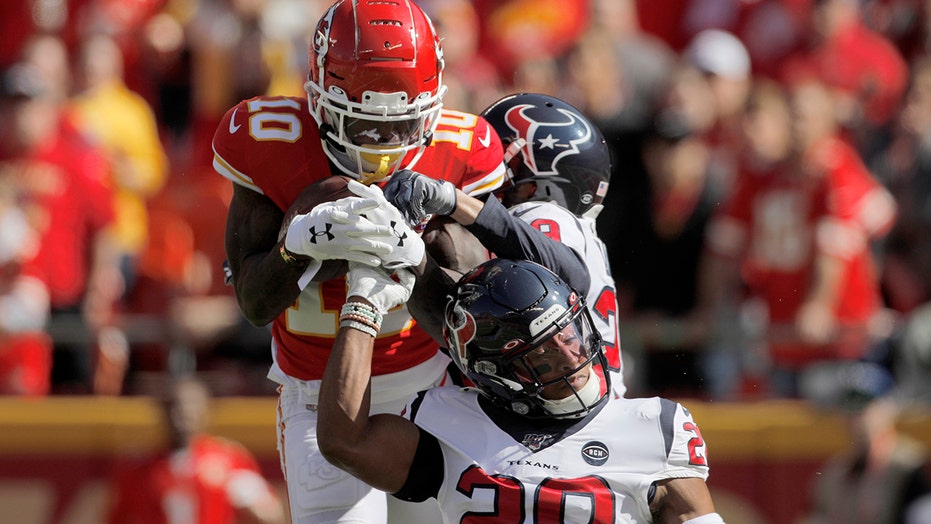 Kansas City Chiefs wide receiver Tyreek Hill almost immediately made an impact Sunday upon his return from a collarbone and sternum injury that he suffered in the first week of the season.

On one of the Chiefs’ first drives of the game, quarterback Patrick Mahomes launched a ball 46 yards and it was caught by Hill, who had to take it away from a Houston Texans defender for the score. The incredible play immediately made the rounds on social media.

It wasn’t Hill’s only contribution on the day.

He caught another touchdown pass from Mahomes to help give Kansas City a one-point lead in the third quarter. This time, it was a 6-yard touchdown pass.

However, the Texans would score in the latter stages of the fourth quarter and win the game, 31-24.

Hill finished with five catches for 80 yards and two touchdowns. Mahomes was 19-for-35 with 273 passing yards, three touchdown passes and an interception.

Houston would get the last laugh with the win, stealing one away from the Chiefs on the road.