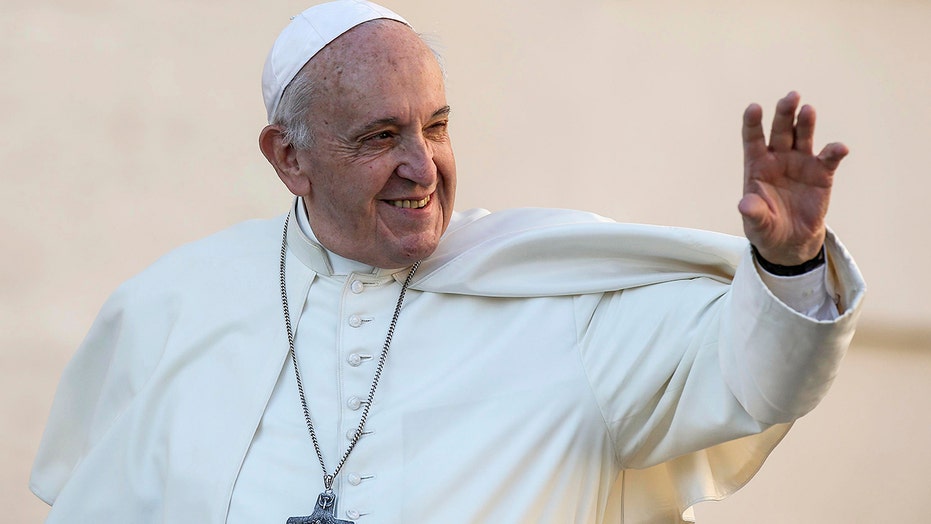 The New Orleans Saints may have some divine intervention to thank for their close win over the Jacksonville Jaguars on Sunday.

Prior to the start of the game, a tweet from Pope Francis thanking God for saints went viral because the pope hashtagged "Saints," prompting the New Orleans Saints' team emoji to pop up in the tweet. There are team-specific emojis for each NFL franchise and those images are automatically added to tweets hashtagging the team names. So when the pope tweeted to "give thanks to the Lord for our new #Saints," it appeared the head of the Roman Catholic Church was calling on the man upstairs to help get New Orleans a victory.

A few hours later, the Saints edged the Jaguars, 13-6, despite having to start backup quarterback Teddy Bridgewater and rely heavily on their defense.

Bridgewater was 24-for-36 with 240 yards and a touchdown pass to Jared Cook early in the fourth quarter. Will Lutz also nailed a pair of field goals.

Jacksonville’s Gardner Minshew, yet another backup quarterback subbing for an injured starter, was 14-for-29 with 163 yards and an interception. Running back Leonard Fournette rushed for 72 yards on 20 carries.

Whether it helped them or not, after the game, the Saints weren't taking any chances and made sure to thank Pope Francis for his prayers.

“Couldn’t lose after this,” the Saints tweeted. “#Blessed and highly favored.”