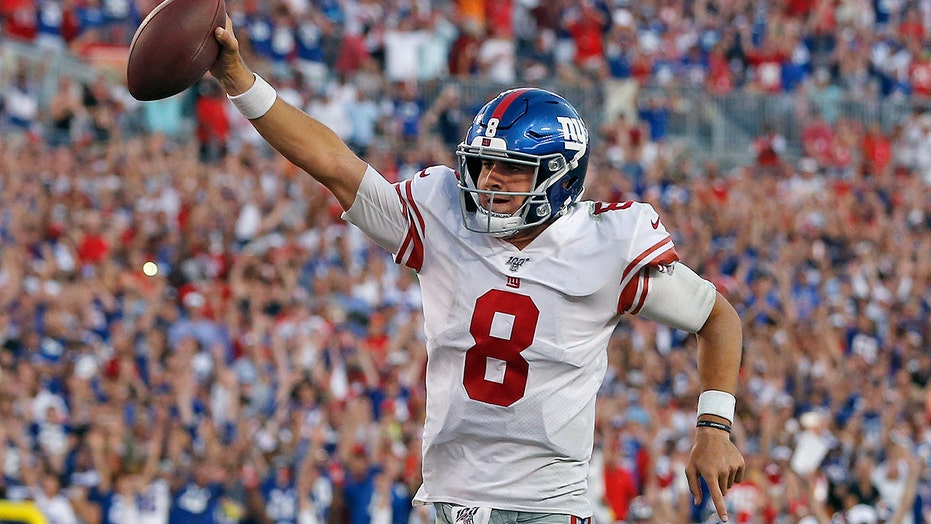 New York Giants rookie Daniel Jones led the team to their first win of the season with a victory over the Tampa Bay Buccaneers, which included the quarterback’s game-winning rushing touchdown.

According to ESPN, Jones got his teammates fired up with a message in the huddle before scoring his first career touchdown in the second quarter. Jones went into the huddle and said “Let’s f-----g score” before scampering for a 7-yard touchdown run and cutting the Giants’ deficit to three points.

New York trailed by as many as 18 points going into the third quarter.

“You never really know how it's going to go. That's the fun part. That's football,” Jones said after the game. “We found a way to win, found a way to finish it. That's what's most exciting.”

New York also caught a break at the end of the game.

Tampa Bay was poised to score a would-be game-winning field goal. However, Buccaneers kicker Matt Gay missed the kick giving the Giants and Jones their first win of the season.