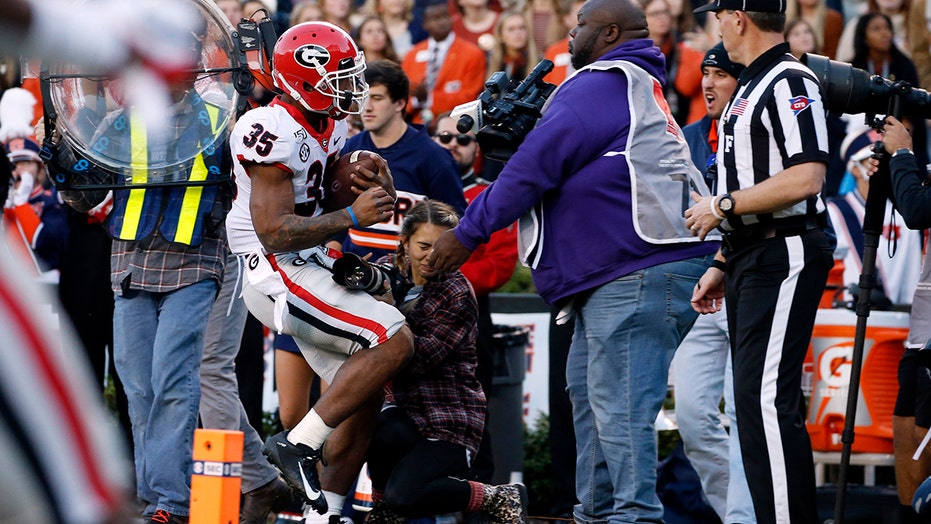 A University of Georgia photographer who was hospitalized following a scary collision during the Bulldogs’ game against Auburn over the weekend shared the photo she snapped before she was hit.

Chamberlain Smith, a photography intern for the university’s sports information department, was kneeling down to take a photo late in the second quarter when Georgia running back Brian Herrien accidentally ran her over.

She appeared to get hit in the head by Herrien’s knee.

Smith shared an injury update on Instagram, saying the injury was “very scary.”

“…But I’m so glad to be walking away with nothing more than a concussion and some bruises.”

She then revealed that she did “get the shot.”

Herrien, who was concerned for Smith after the play, responded to the photo.

Georgia pulled out the victory over Auburn and moved to No. 4 in the latest College Football Playoff rankings.