A female soccer fan paints Croatia's flag on her face after Croatia beat England in the semifinal game on Wednesday in Moscow. (Associated Press)

FIFA, the global governing body of soccer, wants its television partners to stop zooming in on “hot women” in the crowd during matches in a bid to stamp out sexism in the sport, an official said.

Federico Addiechi, head of FIFA's diversity program, called the plan "a normal evolution," and said broadcasts during the 2018 FIFA World Cup in Russia have already improved from the 2014 tournament in Brazil.

“This is one of the activities that we definitely will have in the future – it’s a normal evolution," Addiechi said when asked whether it was now an official policy. “We have done it on a case-by-case basis when some cases arose -- and they were pretty evident.”

Russian broadcasters have been accused of zooming in on female fans, such as when a glamour model in the stands received significant attention during the tournament’s opening match, according to the Sun.

Social media users have even turned the “honey shot” into a global beauty pageant.

FIFA’s efforts appear to have been effective over the course of the tournament, with Tuesday’s semifinal match between France and Belgium featuring shots of mostly middle-aged men and younger fans wearing patriotic garb, the Observer reported. 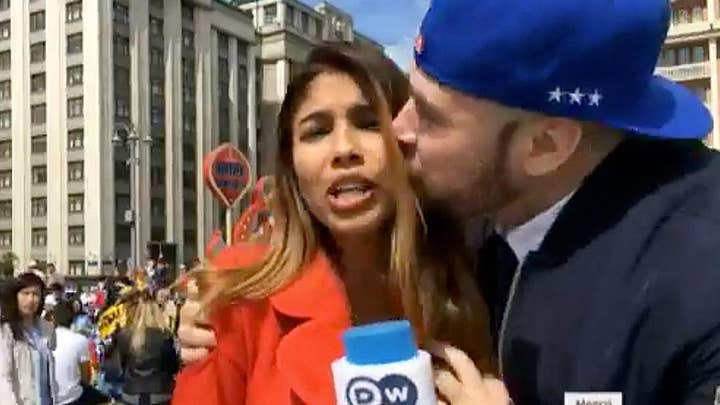 Off the pitch, female reporters have been victims of sexism. Fans harassing female broadcasters while they worked were among about 30 cases of "sexism on the streets" reported to FIFA by the Fare network, an anti-discrimination group.

“We do not deserve this treatment,” journalist Julieth Gonzalez posted on Instagram with the footage of her report. “We are equally valuable and professionals. I share the joy of football, but we must identify the limits of affection and harassment.”

“We do not deserve this treatment. We are equally valuable and professionals. I share the joy of football, but we must identify the limits of affection and harassment.”

At future tournaments, FIFA hopes hundreds of millions of television viewers worldwide will get a more respectful view of women at games.

While not part of a “proactive campaign,” Addiechi said of the anti-sexism stance, the organization will “take action against things that are wrong.”