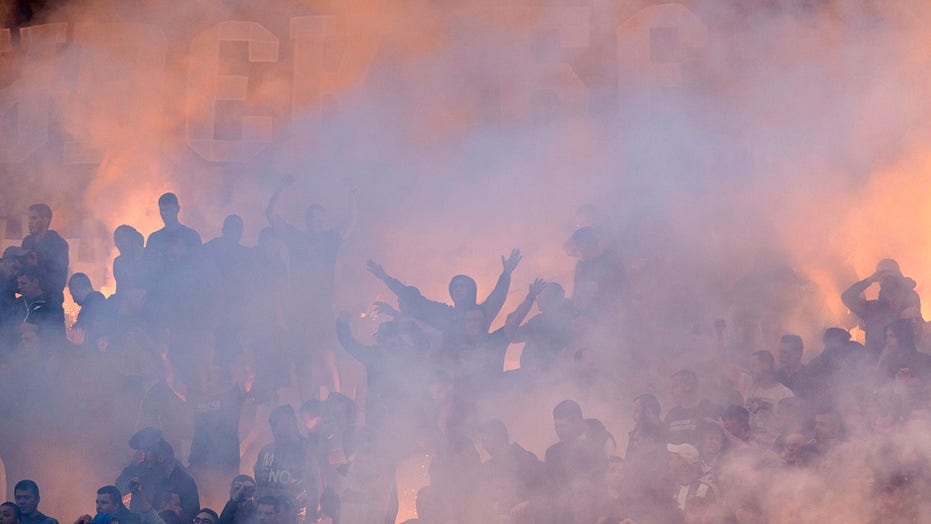 As European soccer prepares to crown national champions in empty stadiums, there is more for fans to celebrate in Serbia.

Red Star Belgrade can host the biggest crowd for a game in Europe since soccer’s shutdown in the pandemic ended last month, when the Serbian title winner completes its season on June 20.

Serbian authorities’ gradual easing of restrictions on large gatherings has opened the gates for the Marakana stadium to welcome more fans seeing the trophy presented.

“They know they are champions and there will be 20,000 people,” the Serbian Super League general secretary, Darko Ramovs, told The Associated Press of Red Star's final game hosting Proleter.

Even in Germany’s widely praised restart, Bayern Munich is set to seal the Bundesliga title without fans present. In Liverpool, the club and fans seem resigned to waiting months for a parade to share their first English title for 30 years.

The rules in Serbia that now allow Red Star to celebrate need fans to be one-meter distanced at stadiums like the 53,000-capacity Marakana.

That’s a quick progression since Red Star sealed the title in an empty stadium at city rival Rad on May 29 when the league restarted.

Last Saturday, a limited number of fans — most huddled with flags and fireworks behind one goal — could attend Red Star’s first home game since March.

Another big crowd is expected Wednesday in a passionate atmosphere now rarely seen in Europe. Partizan hosts city rival Red Star in the domestic cup semifinals at its 30,000-capacity home.

“It’s very important for them,” Ramovs said of the Belgrade clubs who attract “90% of the spectators in all of Serbia.”

European league officials anxious to bring fans back soon into their own stadiums will be watching to see how Serbia copes.

“We would not organize fans at games without the permission of the government,” Ramovs said. The nation of around 7 million people reported 250 official deaths due to COVID-19 to Wednesday, according to the count by Johns Hopkins University.

“Some of the decisions were painful,” Ramovs acknowledged. Instead, the 30-game regular season will be final and relegation is scrapped.

The Serbian offseason will be at least one month before the 2020-21 season starts with 20 teams instead of 16. A possible July 25 opening day awaits decisions on the European schedule by UEFA’s executive committee next week.

Ramovs said Serbia’s priority is also to give Red Star, Partizan and two other teams time to prepare their new squads for the next Champions League and Europa League qualifying rounds, possibly starting in July.

UEFA payments of prize money to competing clubs and solidarity fees shared among other top-tier teams are key to Serbia’s soccer economy.