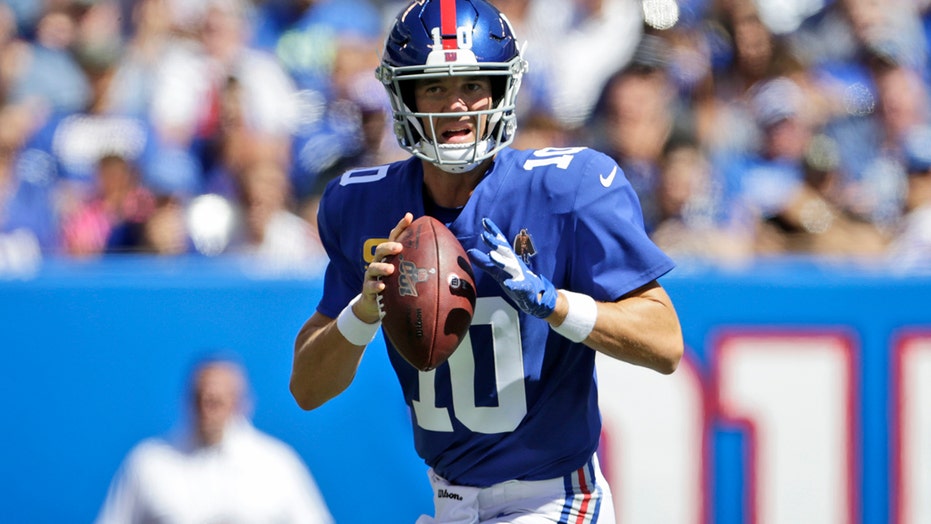 Rookie quarterback Daniel Jones was in a walking boot after suffering a mild high-ankle sprain against the Green Bay Packers on Sunday. Jones has been the starting quarterback since the third week of the season. He made his debut against the Tampa Bay Buccaneers and won.

The Athletic’s Dan Duggan pointed out that Packers defensive end Preston Smith may have caused the injury when he landed on Jones’ ankle trying to make a tackle.

Manning, 38, had two touchdown passes, two interceptions and 556 passing yards before Jones came in to replace him. Jones led the Giants to the team’s only two wins before the injury.

It’s unclear how long Jones will miss with the injury. The New York Post reported he is not expected to need surgery on the ankle.

Manning has been the face of the Giants since the team acquired him in a draft-day trade in 2004. He’s led the organization to two Super Bowl championships over the course of his career.

It’s unclear what Manning plans on doing past the 2019 season. He’s in the final year of a four-year, $84 million deal and becomes an unrestricted free agent after this season.