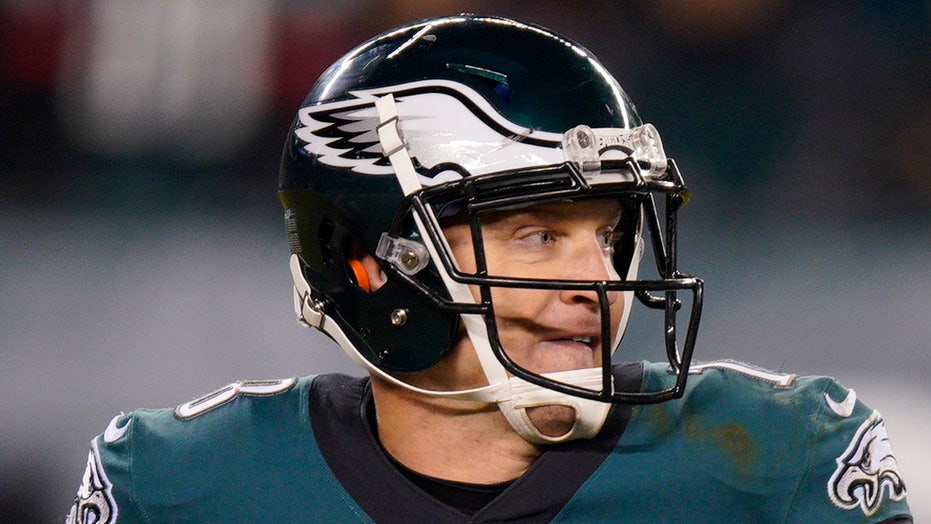 McCown was forced into the game after Carson Wentz left with a head injury. McCown was seen limping or walking gingerly at points during the game. On Thursday, McCown said in an interview on the “Thomahawk” podcast with ex-NFL players Joe Thomas and Andrew Hawkins that he tore his hamstring off the bone.

“Gotta head back over to Lincoln Financial [Field] and see if I can find my hamstring somewhere out there,” he said. “It’s still over there I think or halfway down my leg by this point.”

The 40-year-old was 18-for-24 with 174 passing yards and took six sacks. He scrambled late in the second quarter to set up an Eagles field goal.

McCown will have surgery before beginning a six-month recovery process, according to multiple reports. It may influence his decision on whether to keep playing in 2020.

McCown was emotional when talking about his career.

“This year has been nothing short of special for me. I've really enjoyed it and have learned so much from so many people. I'm thankful to be a part of it. As far as the future goes, we'll see. I haven't made any decisions yet. I'll get with my family and talk with them. I retired once, so I know how to do that. We'll just see. I don't know yet.

“I'll probably reflect on that later. Again, it's probably with a sour taste, but I'm thankful. My wife and family have moved around a lot and have been there for me. To go out there and get to play in a playoff game was special. I can't thank them enough for their support. It was a heck of a ride. I left it all out there, I know that much. It is different playing at [age] 40. Your body talks to you a lot. I'll reflect on that later, but it was fun to be out there for sure.”

He appeared in three games during the regular season.

McCown said he wasn’t sure whether he was planning on playing in 2020.