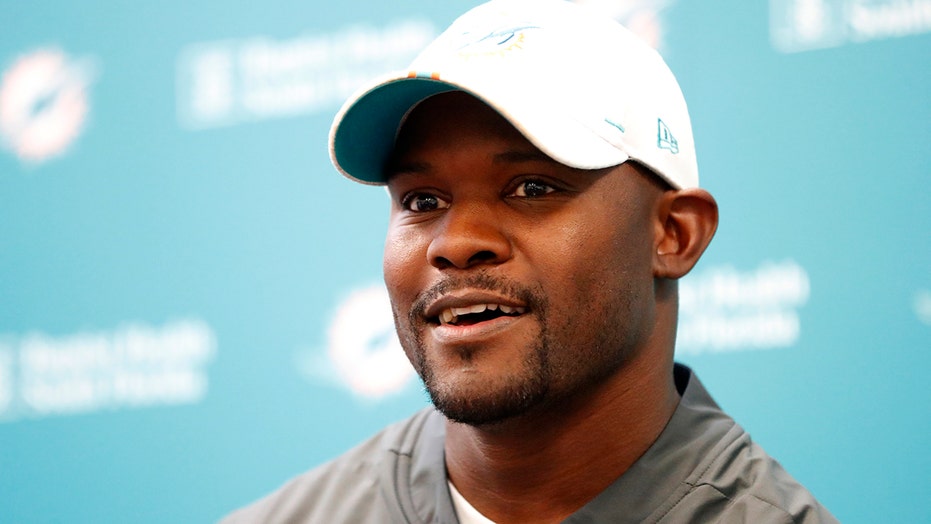 A day after Miami Dolphins wide receiver Kenny Stills expressed his frustrations with the new partnership between the NFL and Jay-Z, coach Brian Flores appeared to make a not-so-subtle statement.

Flores on Tuesday started practice with eight straight Jay-Z songs, according to multiple reports. The team told the Miami Herald that Stills knew the first-year coach was going to go with the tracks beforehand.

ESPN reporter Cameron Wolfe described it as an “incredible coincidence” given that Stills had made known that the way the deal went down between the rapper-turned-business mogul and the NFL could have been handled in a “better fashion.” Miami Herald reporter Barry Jackson also hypothesized that Flores could have used the songs to help Stills deal with “noise” during games.

No explanation was given for Flores playing the songs, but the timing was peculiar.

Stills, who is among the players still kneeling during the national anthem to call attention to perceived racial injustice across the U.S., admitted that the new partnership didn’t sit right with him.

“I can go on a list of things I felt like could have been done or handled in a better fashion,” Stills said, according to a video from ESPN’s Cameron Wolfe. “I really don’t want to get into that, but for the most part what I’m trying to say to people is that let’s work toward solutions. Let’s wait and see what goes down from this deal.”

Stills added: “You can’t really tell right now. It doesn’t sit well with me. I don’t think it was handled the right way but you never know.”

When the receiver was asked to elaborate, he explained that part of the issue was Jay-Z’s comments about moving past kneeling were a problem.

“I think that he could have reached out to Colin [Kaepernick]. He could have reached out to me. Some of the ways he answered his questions talking about we’re moving past kneeling like he ever protested. He’s not an NFL player. He’s never been on a knee," he said. "Choosing to speak to the people like he had spoken for the people and I think sometimes I notice that … I wonder how many common people he knows that he’s spoken to. I wonder if he’s reading my Facebook comments or my Instagram comments or some of the things that people say to me. To be able to speak on it and say we’re moving past something, it didn’t seem very informed.”

Stills, along with teammate Albert Wilson and Carolina Panthers defensive back Eric Reid, have kneeled during the national anthem while Kaepernick – who started the movement in 2016 – has yet to be signed by an NFL team since he opted out of his contract with the San Francisco 49ers.