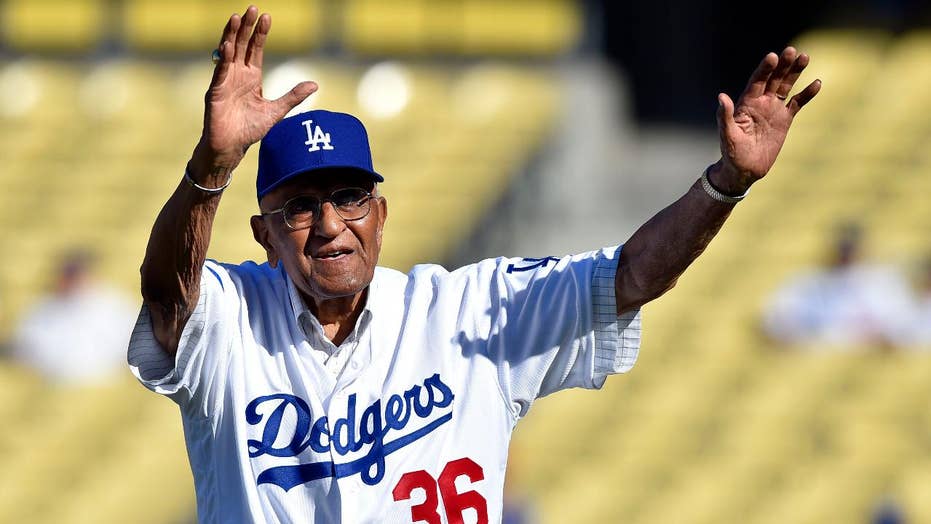 Dodgers great Don Newcombe passed away Tuesday after a lengthy illness, the team said in a statement. He was 92.

Newcombe is the first player to win the Cy Young, MVP and Rookie of the Year awards.

The team called Newcombe “one of the greatest pitchers in Dodger history and one of the franchise’s final links to Brooklyn and the days of Roy Campanella and Jackie Robinson.”

Newcombe was born in Madison, N.J., in 1926. He played eight seasons with the Dodgers before he went to the Cincinnati Reds and then the Cleveland Indians where he last pitched for the majors in 1960. He also had a two-year stint in the military in the 1952 and 1953 seasons.

Besides being an award-winning pitcher, Newcombe could also hit well. In 1955, when the Dodgers went to the World Series, Newcombe had a batting average of .259 with seven home runs and 23 RBIs, the Los Angeles Times reported. The Dodgers ended up beating the New York Yankees to win the World Series pennant.

"Newcombe reached the pinnacle of his career in 1956, when he won both the Cy Young and NL Most Valuable Player awards as a Dodger," a statement from the Dodgers read.

"Newcombe went 27-7 with a 3.06 ERA, leading the NL in fewest-hits-and-walks allowed per nine innings. He was named the Rookie of the Year in 1949," the statement continued.

Dodgers great Don Newcombe has passed away Tuesday of a lengthy illness, the team said in a statement. He was 92. (Getty Images)

"What I have done after my baseball career and being able to help people with their lives and getting their lives back on track and they become human beings again means more to me than all the things I did in baseball," he said in 2008, according to the Los Angeles Times.

Stan Kasten, the president of the Dodgers, released a statement regarding Newcombe's death.

"Don Newcombe's presence and life established him as a role model for major leaguers across the country," Kasten said. "He was a constant presence at Dodger Stadium and players always gravitated to him for his endless advice and leadership. The Dodgers meant everything to him and we are all fortunate he was part of our lives."