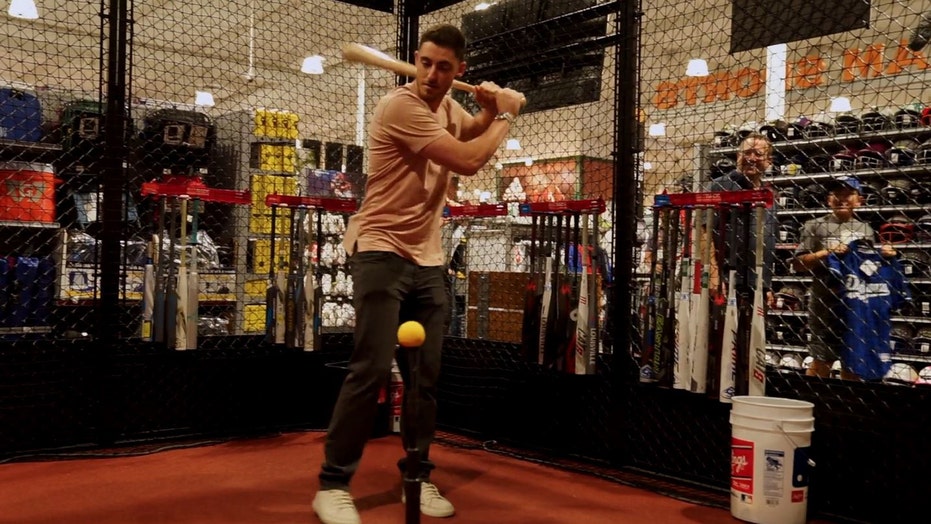 Los Angeles Dodgers star Cody Bellinger surprised a father and his son at a DICK’S Sporting Goods in Southern California earlier this week.

Bellinger shared the video on his Instagram page on Friday, making the surprise drop-in in Tustin. He had a meet and greet with the coach and his son, a hitting lesson and tickets to the Dodgers’ Father’s Day game against the Chicago Cubs.

The right fielder explained in the video why it was important for him to make the appearance.

“My dad is the reason why I am the man I am today – on the field and off the field,” he said.

Bellinger’s father, Clay, played in the major leagues from 1999 to 2002 with the New York Yankees and Anaheim Angels. Clay Bellinger won two World Series with the Yankees.

He had a meet and greet with the coach and his son, a hitting lesson and tickets to the Dodgers’ Father’s Day game against the Cubs (DICK'S Sporting Goods)

“I’m not even going to lie, that’s a really good swing,” Bellinger said.

At the end of the video, the father expressed his astonishment.

Bellinger is on track to having an MVP-type season. He’s among the National League leaders in home runs with 22 and is leading the majors with a .360 batting average to go along with a 1.156 OPS.