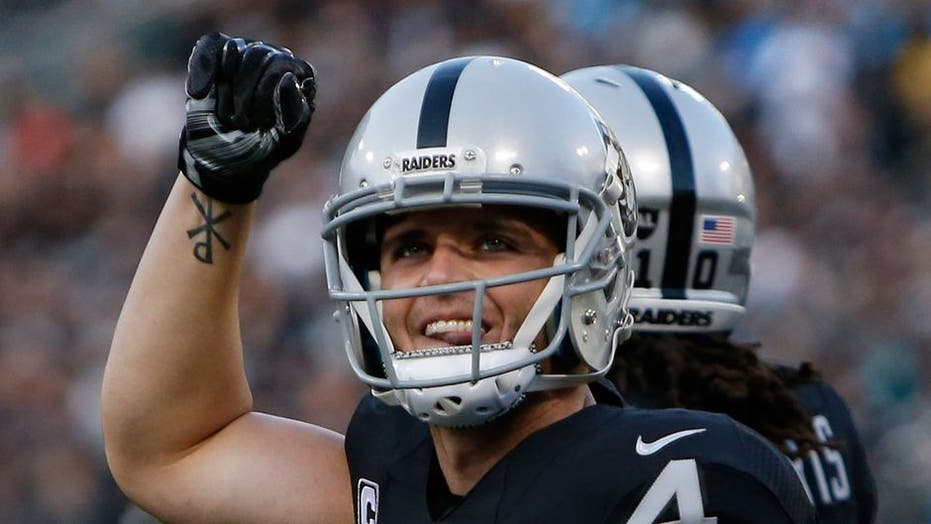 Derek Carr and fullback Alex Ingold will forever have their names in the record books after the two connected for the first Raiders touchdown at Allegiant Stadium in Las Vegas.

On Monday Night Football against the New Orleans Saints, Carr found Ingold from 3 yards out to cap an 11-play, 63-yard drive to cut the Raiders’ deficit to 10-7 with 8:55 to go in the second quarter, marking the first score by the team in the stadium's history.

The Raiders followed that up with another touchdown drive on their next possession.

Carr put the finishing touches on a 10-play, 75-yard drive with 3:38 to go in the half when he connected with wide receiver Zay Jones to bring the Raiders within 17-14, and on the team’s next drive, Las Vegas kicker Daniel Carlson booted a 28-yard field goal as time expired to tie the game at the half.

The Raiders were in a battle with the Saints in a game that went down to the wire.

The Raiders and Saints were both 1-0 coming into the game.