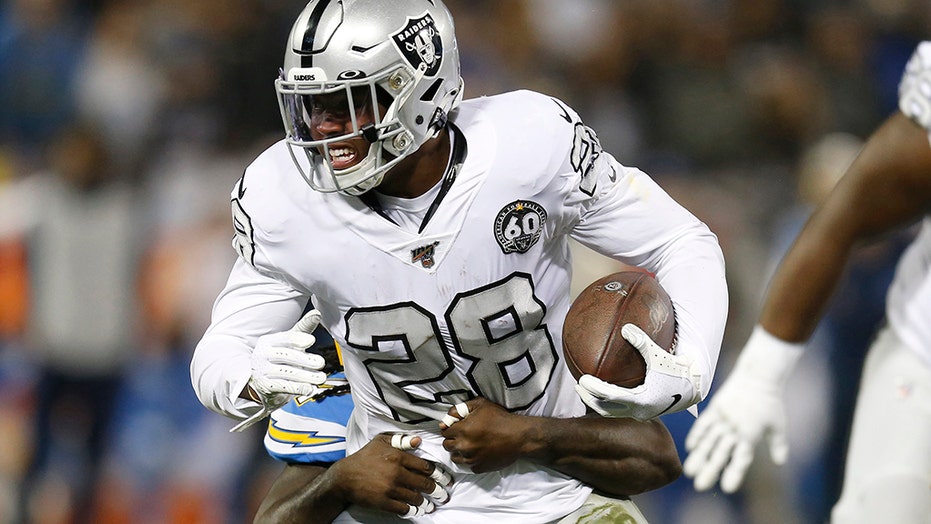 Las Vegas Raiders running back Josh Jacobs represented his franchise in style prior to their game against the New Orleans Saints on Monday Night Football.

Jacobs showed off a pair of cleats on Instagram earlier on Monday, which had pictures in honor of both Oakland, the former hometown of the franchise, as well as Las Vegas. One phrase on the cleats read, “Thank you Oakland” with a silhouette of the Oakland Coliseum.

The cleats also showed love and support for Al Davis. They had an image of the Raiders' late great owner with his signature phrase, “Just Win, Baby.” There’s also a picture of the torch inside Allegiant Stadium, which is in honor of Davis. The iconic Vegas “Welcome” sign and other familiar buildings from the Vegas skyline were featured on the cleats.

According to TMZ Sports, the design was put together by artist Luke Dangler.

In their Week 1 matchup against the Carolina Panthers, the Raiders pulled out a 34-30 win on the road. Jacobs had 25 carries for 93 yards and three touchdowns in that game.