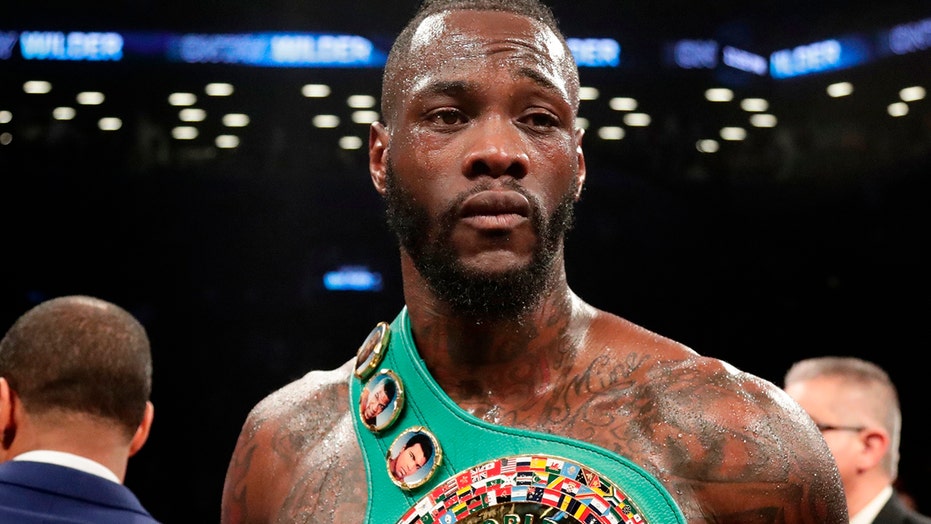 Boxing star Deontay Wilder’s comments about his upcoming bout with Dominic Breazeale were “against the spirit of our sport,” WBC president Mauricio Sulaiman said on social media Thursday.

Wilder, whose WBC heavyweight title fight against Breazeale on Saturday will take place at the Barclays Center in Brooklyn, talked about Breazeale’s possible death in the ring during the bout.

DEONTAY WILDER PROMOTES UPCOMING BOUT BY TALKING ABOUT OPPONENT'S DEATH IN THE RING: 'IF HE DIES, HE DIES'

“This is the only sport where you can kill a man and get paid for it at the same time. It’s legal. So why not use my right to do so?” Wilder told reporters.

In a separate interview with USA Today, Wilder continued to up the ante with his talk.

“If he dies, he dies,” Wilder said of Breazeale. “This is boxing. This is not a gentleman’s sport. This is a gladiator’s sport. And with bad blood, we know I possess the power.”

Sulaiman offered his response to Wilder’s comments in a tweet.

“I have seen Deontay Wilder's comments which are regrettable and completely against the spirit of our sport,” he tweeted. “I have known Wilder for a long time and he is not the person he portrays in such comments. His metaphors are against the WBC code of ethics and will be addressed in a hearing.”

Wilder told USA Today that the bad blood between him and Breazeale stems from an event back in February 2017. Wilder won a fight against Gerald Washington, who Breazeale had been rooting for. Wilder said Breazeale had made threatening remarks to his brother.

“He told my brother, and it was confirmed by other people that was around, that Breazeale made the statement that ‘I’ll kill you. If my family wasn’t here, I’d kill you and your entire family,’” Wilder said. “And I don’t take threats lightly.”

Wilder said he confronted Breazeale about the incident and the rivalry only escalated from there.

“Wilder has said some crazy stuff. I don’t think he means it,” Breazeale said. “I think he’s in a situation where he’s got to talk, because he’s not comfortable with what he’s doing. He’s got to build himself up by saying ‘I’m going to do this and I’m going to do that.’ I know he can’t have a body on his record. Let him say what he wants. That’s like a little Chihuahua barking and barking. He’s like, ‘Damn, what now?’ Come Saturday night, you’ve got to do what you said you were going to do.”