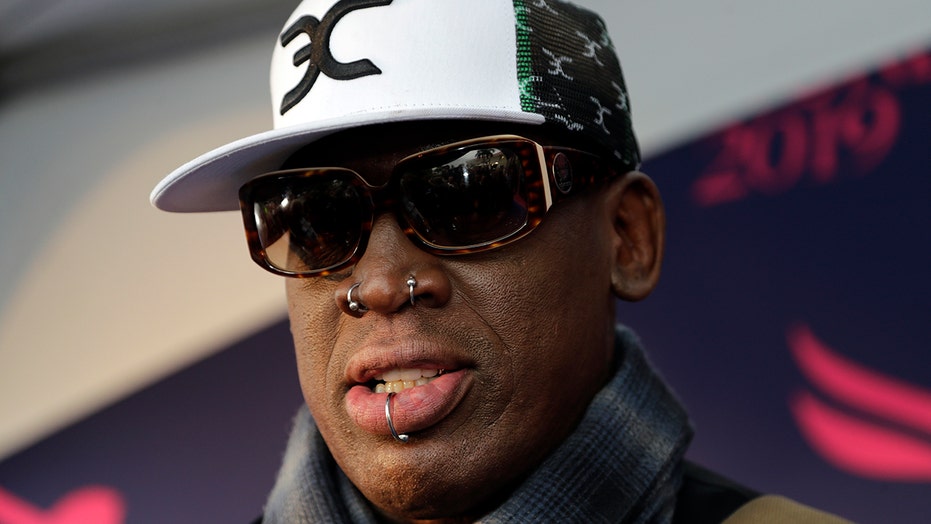 Former NBA great Dennis Rodman has been accused of slapping a man during a party earlier this year in Florida.

Prosecutors in Palm Beach County filed a misdemeanor charge of simple battery against Rodman, who lives in Fort Lauderdale.

The former basketball player was celebrating his 58th birthday at Buddha Sky Bar on May 17 when he allegedly got into an altercation with another man.

Jeff Soulouque, 31, of Miami was speaking with someone who was directly behind the retired basketball player when Rodman “turned around and smacked him," the Sun-Sentinel reported.

Soulouque claimed in a Delray Beach police report that it was unprovoked.

“I was like, ‘What is your problem?’” he told the newspaper soon after the incident. “It was out of nowhere. He just hit me and I was blindsided and he started charging.”

According to police, Soulouque claimed Rodman was apologetic — and even invited him to dinner to make up what happened. He said he only decided to press charges after waking up the next day and saw his face had swollen.

Dennis Rodman on the NBA siding with China

Soulouque told the Sun-Sentinel that he suffered a corneal abrasion from the slap and was having difficulty concentrating at work. The officer who wrote the affidavit after the incident said he did not observe any swelling.

An attorney for Rodman appeared in a Delray Beach courtroom on Thursday and entered a plea of not guilty on his behalf.

Rodman's attorney Lorne Berkeley denied the accusation and said an investigation will exonerate the retired player.

If convicted, Rodman could face up to a year in county jail, 12 months of probation and a $1,000 fine.