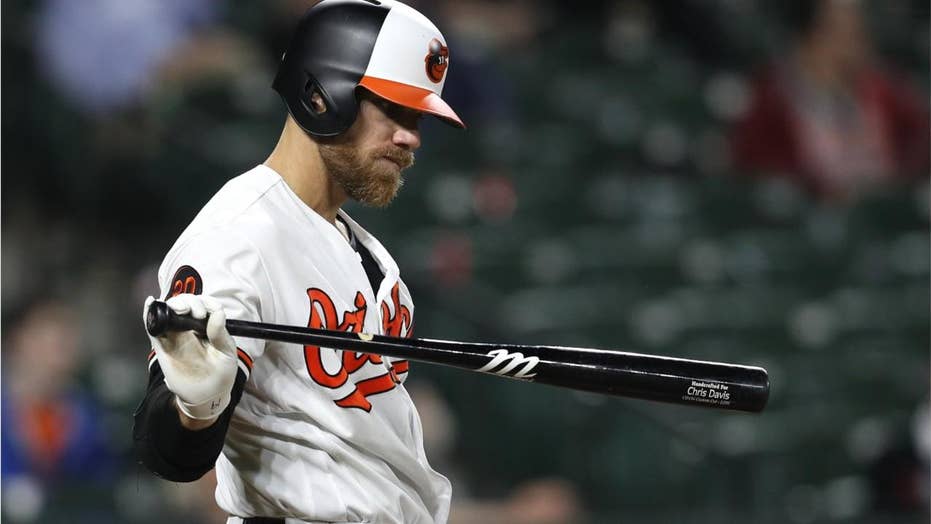 Baltimore Orioles $23-million-per-year slugger Chris Davis’ futility at the plate has reached a historic point as he set the mark for the longest hitless streak by a position player.

Baltimore Orioles $23-million-per-year slugger Chris Davis’ futility at the plate has reached a historic point, as he set the mark for the longest hitless streak by a position player in Monday’s win over the Oakland Athletics.

Davis went 0-for-5 with two strikeouts, extending the streak to 49 consecutive at-bats without a hit. He hasn’t had a hit since recording a double against the Chicago White Sox on Sept. 14.

According to ESPN Stats & Info, Los Angeles Dodgers’ Eugenio Velez was scrubbed from the record books by Davis. He went 47 straight at-bats without a hit from 2010-2011.

Davis’ poor start is especially abysmal considering the amount of money the Orioles owe him. The first baseman, who led the league in home runs in 2013 with 53 and in 2015 with 47, signed a seven-year, $161 million deal with the team prior to the start of the 2017 season.

Orioles manager Brandon Hyde appeared to be encouraged by some of Davis’ at-bats.

“He hit three balls on the nose,” Hyde said. “So I'm taking that as a positive moving forward. Hopefully, it's a good start.”

Hyde, who is in his first season with the Orioles, added that he admired Davis for what he’s going through.

Though it is early in the season, there is a small glimmer of hope for Baltimore. The team is 5-5 to start the season and are tied for second place in the American League East.