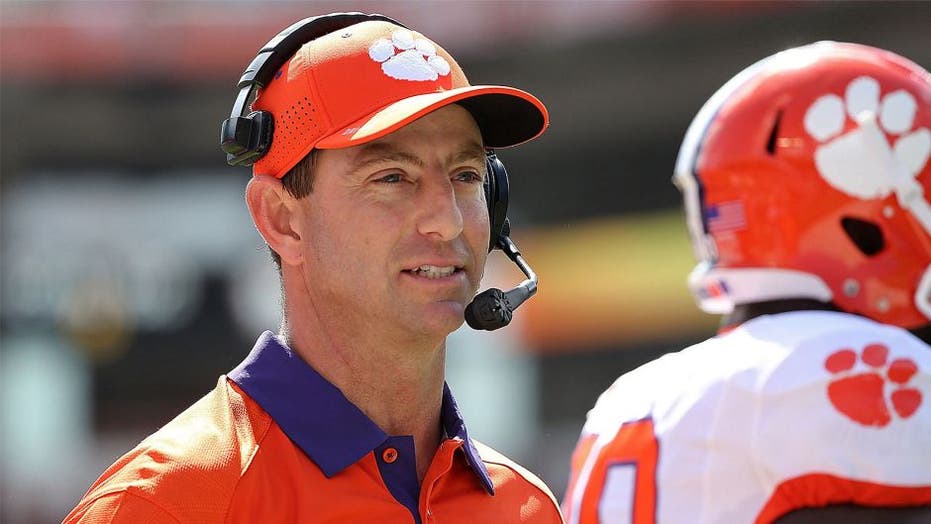 Clemson was in the middle of a blowout when Tigers kicker B.T. Potter missed a gimme 24-yard field goal to close out the first half. At that point, Clemson was up 28-0 and Swinney was seen ripping into Potter on the sideline.

Fry, who ranks in the top 10 all-time in the SEC for points and field goals made, took a shot at Swinney on Twitter, saying “Really bold move to try and ruin your young kickers confidence in a cupcake game.”

Fry played all four years at South Carolina and entered the NFL after the 2016 season. He has never played in a regular-season game with an NFL team but has had multiple tryouts.

Potter, a sophomore, is 5-for-9 on field-goal attempts this season and has made all of his extra points.

Swinney benched Potter later in the game. He was replaced by Steven Sawicki.

“Was disappointed with B.T. That’s two really easy field goals in a row he’s missed. So just felt like we needed to give somebody else a chance,” Swinney said after the game, according to The State. “He’s easily the most talented guy. He’s a great kicker. But sometimes you’ve just got to stand on the sideline.”

The defending national champions won the game 45-14, staying undefeated on the season.