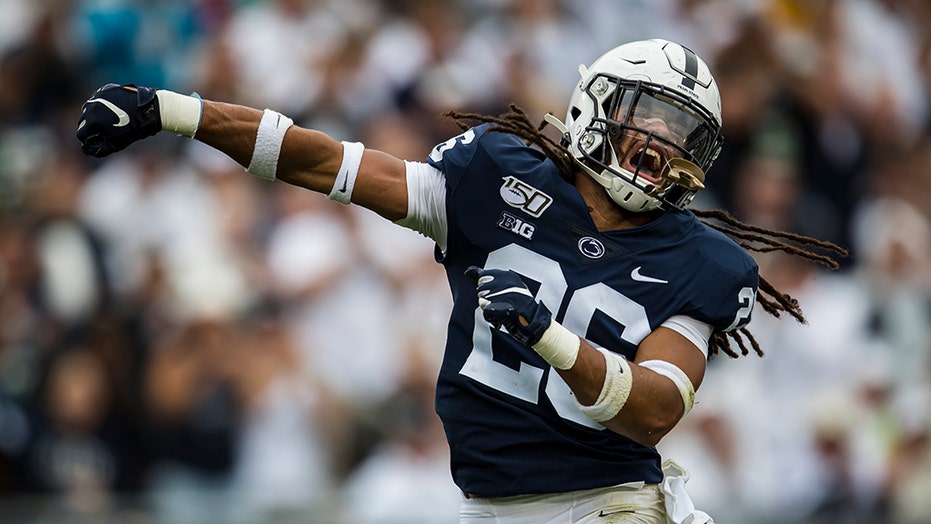 Sutherland’s teammates were supporting him after the defensive back received a scathing letter from a fan criticizing his hair and on-field look. The players were wearing shirts that read “Chains, Tattoos, Dreads, & WE ARE” before they were taken away.

Coach James Franklin was upset that his players did not discuss the T-shirts before they decided to wear them, according to ESPN. The coach also thought the shirts were unnecessary because the team had already addressed the matter earlier in the week.

“While we are supportive of our students expressing themselves in a thoughtful manner, they are expected to wear team-issued apparel on game day,” Penn State said in a statement released during the game. “We asked our students to remove the shirts out of an abundance of caution for NCAA compliance.”

“Surely there must be mirrors in the locker room! Don’t you have parents or girlfriend who’ve told you those shoulder length dreadlocks look disgusting and are certainly not attractive," the letter read.

“We congratulate you on your game against Pitt but you need to remember you represent all Penn Staters both current and those alumni from years past. We would welcome the reappearance of dress codes for athletes.”

The letter, which was signed by a fan named Dave Peterson, finally said he and his wife had stopped watching the NFL “due to the disgusting tattoos, awful hair and immature antics in the end zone. Players should act as though they’ve ‘been there before.’”

The letter was widely condemned and Franklin himself gave an impassioned speech supporting the player earlier this week.

“The football that I know and love brings people together and embraces differences – black, white, brown, Catholic, Jewish or Muslim, rich or poor, rural or urban, Republican or Democrat. Long hair, short hair, no hair, they're all in that locker room together,” Franklin said. “Teams all over this country are the purest form of humanity that we have. We don't judge, we embrace differences. We live. We learn. We grow. We support and we defend each other. We're a family.”

Sutherland released his own statement on the issue as well.

“Although the message was indeed rude, ignorant, and judging, I've taken no personal offense to it because personally, I must respect (him) as a person before I respect your opinion,” Sutherland wrote in a statement posted onto his Twitter account. “At the end of the day, without an apology needed, I forgive this individual because I'm nowhere close to being perfect, and I expect God to forgive me for all the wrong I've done in my life.”

Peterson told the Tribune-Democrat that he didn’t intend his letter to be a cultural or racial statement.