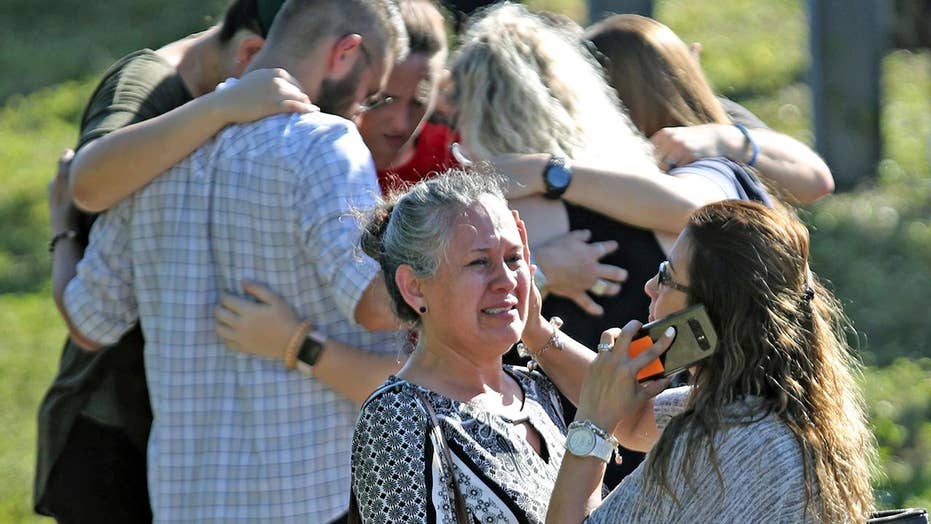 Florida school shooting: What was known about the shooter?

MESA, Ariz. – Chicago Cubs first baseman Anthony Rizzo is departing spring training for his home in Parkland, Florida, to offer support in the wake of a deadly shooting at his former high school.

Rizzo was traveling Thursday, the team said. He had been an early arrival in Arizona, where Chicago's position players are set to report Monday ahead of the club's first full-squad workout. He is expected back by then.

Rizzo, a 2007 graduate of Marjory Stoneman Douglas High School where the shooting took place Wednesday, donated $150,000 to his alma mater in November to help toward lights for the baseball and softball fields. His parents still live in the area.

Rizzo tweeted his support , saying, "Parkland and Coral Springs please stay strong!" and "This is out of control ... and our country is in desperate need for change."

He added, "I hope In this darkest of times back home this brings everyone together and we can find love. You're all in my prayers" Rizzo ended the post with two emoji of hands together in prayer.