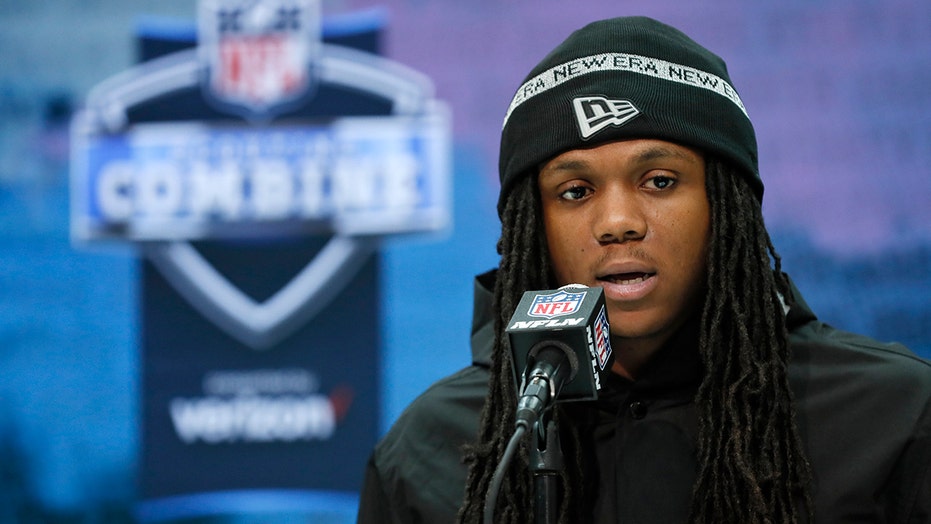 This isn't quite the way Anthony McFarland expected his NFL career to begin. Then again, the rookie running back knows he's not the only one whose first taste of the pros is coming via conference calls with members of the coaching staff followed by self-administered tests in a nearby park to see how quickly he's absorbing the playbook.

Pittsburgh's fourth-round draft pick is doing what he can to keep up during the first — and the NFL hopes only — “virtual” offseason amid the COVID-19 pandemic. Sure, he'd rather be at the Steelers' practice facility with the rest of the newcomers. That's not possible right now with much of the country under some sort of restriction or social-distancing guidelines. So McFarland is on his own, mimicking the intricacies of Pittsburgh's running game against phantoms in an open field.

“It’s all up to you if you’re behind,” McFarland said. "At the end of the day, we’re doing installs. Being in the NFL they’re going to expect you to come in and know the plays, know where you’re lining up.”

It's the most McFarland can do. And in a way, the least, too. The league — and everyone else for that matter — is in uncharted territory when it comes to finding ways to make it work. While coach Mike Tomlin and the Steelers are doing what they can to make sure their young players are getting everything they need to hit the ground running whenever they return to training as a team, they're also not going to babysit the newbies either.

Leaving it up to the players to figure it out for themselves, an “honor system” as defensive tackle Carlos Davis put it. At least Davis can work out with twin brother Khalil. The two were taken one around apart in the draft, Khalil in the sixth round to Tampa Bay, Carlos in the seventh to Pittsburgh. They've given each other a wide berth with their laptops during the day, Khalil typically in the kitchen, Carlos elsewhere. Carlos spent five hours in various meetings on Friday, and then prepared for a training session that relied heavily on rope work.

Carlos Davis is aware it's an uphill climb for most seventh-round choices to make the final roster, a task that could be made more difficult because he has no idea when he'll be able to get in front of Tomlin to show him what he can do.

“There’s a little uncertainty there because this is just a different draft class because we’re not (allowed) to be there,” Davis said. "But I’m really just focused on learning the playbook and when we do get to be there, just going to work.”

Tomlin isn't overly concerned about the rookies facing a particularly steep learning curve. While allowing the team has modified the amount of information it has heaped upon the players, he points out that's not uncommon regardless of the given year. This weekend typically isn't so much about figuring out who can do what but making sure the prospects are getting what they need to succeed whenever training camp starts.

“There’s very little evaluation per se in these circumstances and that would be the same even if we were working together,” Tomlin said. "The only thing we’re evaluating is how they learn ... it’s done to effectively teach them and use all the tools at our disposal.”

While the pandemic has added a layer of unanticipated complexity, Tomlin points out that all 32 teams are facing the same issue, not just the Steelers. The incoming group has nothing to compare it to, so in a way, it doesn't really know what it's missing.

“The one thing they have in common and it’s very true, when it’s your first lap around the track, you don’t know what you’re getting into so you better be best prepared as you can,” Tomlin said.

Rookie safety Antoine Brooks, a sixth-round choice, may face a daunting a task as any. He's expected to bounce between the secondary, linebacker and special teams. It's a lot to ask during a normal offseason, let alone one like this. Not that he's complaining.

“I think it’s just a matter of how much you can soak in from the coaches,” Brooks said. "How much can your brain absorb? It's a lot of information from coaches and can you ( retain) it.”