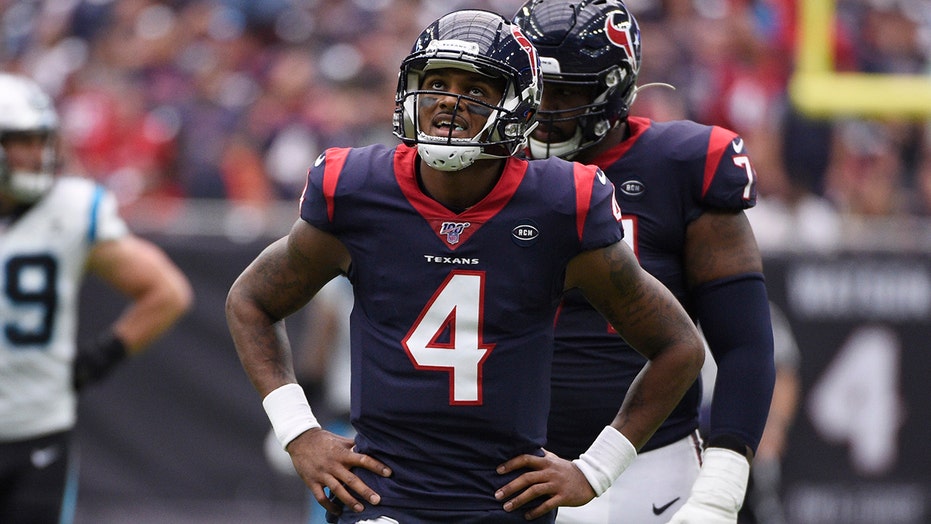 Playing against the Atlanta Falcons for the first time in his career is bringing back fond memories for Houston Texans quarterback Deshaun Watson.

Watson, who was a ball boy for the Falcons about 11 years ago, revealed to ESPN in a story published Wednesday the big cash reward he received one time for retrieving a mouthpiece for then-Atlanta defensive back Asante Samuel.

During training camp one year, Samuel was doing a special team drill when he realized he had forgotten his mouthpiece in his locker. He asked Watson to retrieve it and when he did Samuel asked to meet with him after practice.

“So I went to his locker after practice, and he pulled out his Louis [Vuitton] bag and pulled out a whole stack of money, and he gave me like $1,000, just to go get his mouthpiece,” Watson told ESPN. “He didn’t have to give me anything, but he did.”

Watson separately recalled his time on the Falcons staff to the media during a press conference, according to HoustonTexans.com.

“I did everything,” Watson said. “I did the equipment, washed the laundry, I threw to all the receivers, I threw with Matt Ryan, I watched him throw, did some of the water stuff, helped [Falcons owner] Arthur Blank out. I mean, I pretty much did everything. I was there for four years and kind of got the whole experience so it was awesome to be able to watch everything, watch the walk-throughs, watch the practices and learn.”

He said that he was excited to play the Falcons and to play against some of the players he was retrieving balls for when he was younger.

“It’s going to be a neat experience,” Watson said. “A lot of people in that organization are still in that organization that I will get to see Sunday. Kind of watched me grow up, go through high school, through college. People that I threw to, like of course Julio [Jones] and watched how he improved over the years and me looking up to those guys.”