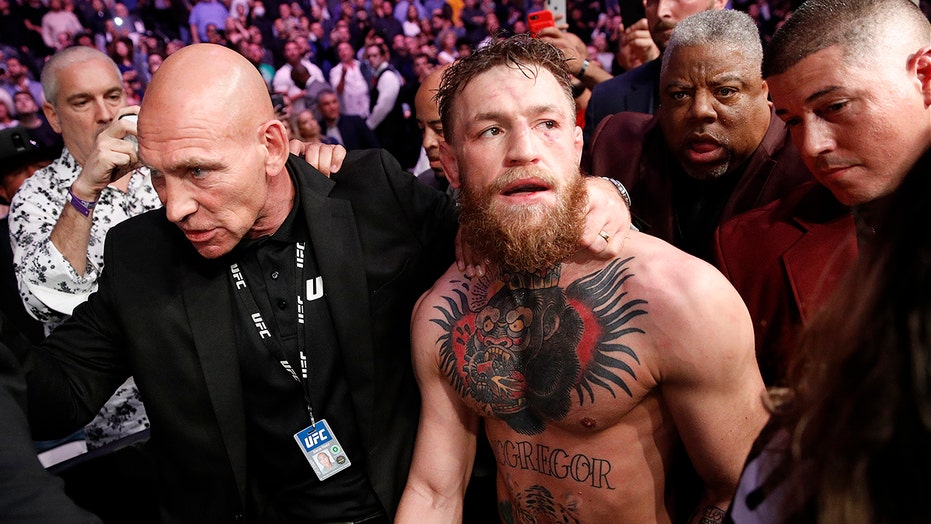 Former UFC champion Conor McGregor appeared to have gotten into a fight with a bar patron in Ireland in April and punched a man in the face with a left jab.

The incident occurred April 6 when McGregor attempted to buy several bar patrons cups of his own Proper Twelve whiskey, according to TMZ Sports. One man apparently twice refused to drink the whiskey.

It’s unclear whether the two had words with each other. But the video, obtained by TMZ Sports, showed McGregor punch the man in the face. The mixed martial artist was immediately held back and pulled out of the bar.

McGregor was never charged with a crime.

McGregor has not fought in UFC since his loss to Khabib Nurmagomedov last October, which ended in a post-fight brawl inside and outside the octagon.

In March, the 31-year-old was arrested in Florida for allegedly taking a man’s phone and smashing it on the ground. The criminal charges were later dismissed.