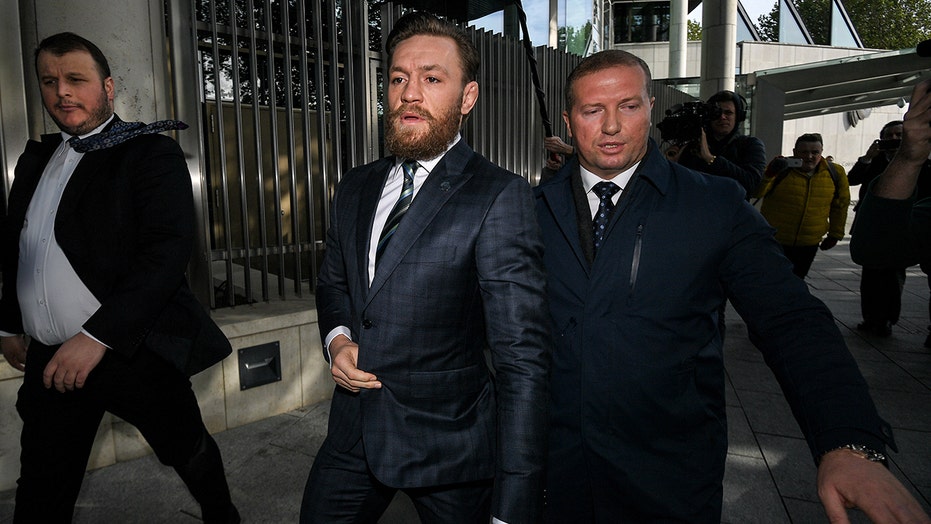 UFC star Conor McGregor is under investigation once again for an alleged sexual assault, according to a new report.

A publicist for McGregor, 31, has denied a report alleging the UFC megastar sexually assaulted a woman in her 20s outside a Dublin bar last week, his second case of that type in less than 12 months.

The New York Times reported McGregor has not spoken with police nor has been charged with the alleged crime.

Conor McGregor leaves the Criminal Courts of Justice in Dublin on October 11, 2019. (Photo By Ramsey Cardy/Sportsfile via Getty Images)

"Conor McGregor is frequently the subject of rumors," McGregor's publicist told the Times. "He emphatically denies any report accusing him of sexual assault."

The first sexual assault case accused McGregor in March of sexually assaulting a woman at a South Dublin hotel in December.

He was arrested and released upon questioning in January and that specific case was given to Ireland's prosecutor's office earlier this year, according to ESPN.

McGregor is also facing another case involving a bar scuffle after TMZ released a video showing the MMA fighter punching a man at a pub in April. He's expected to enter a plea deal during a court appearance on Nov. 1 in regard to that case.

Irish laws prohibit the identification of people accused of rape before they are officially convicted of the crime, according to the Times. Because of this, the media in Dublin refer to McGregor as a well-known Irish sports star in his pending cases.

He is one of the UFCs most bankable stars. McGregor was ranked 21st on Forbes' list of the highest-paid athletes in 2019, although he hasn't fought since being defeated by Khabib Nurmagomedov at UFC 229 on Oct. 18.

He compiled a 22-4 record as an MMA fighter over his 10-year career, according to mixedmartialarts.com.