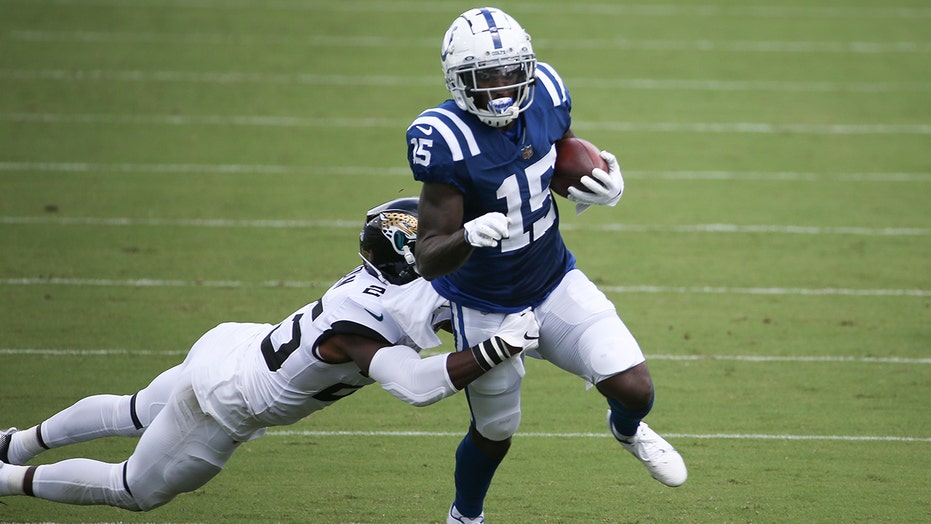 Indianapolis Colts wide receiver Parris Campbell was carted off the field with an apparent knee injury in the first quarter of the game against the Minnesota Vikings on Sunday.

Campbell received the handoff from Philip Rivers on an end-around run play. He rushed the ball up the right side when he was hit low by Vikings defensive back Harrison Smith.

Campbell picked up the first time but with 8:23 left in the first quarter, he was in clear pain. He was holding his left knee after the play was over.

He was carted off the field with an injury.

The 23-year-old wide receiver is in his second season with the Colts. He played last week against the Jacksonville Jaguars and caught six passes for 71 yards on nine targets.

Indianapolis selected Campbell in the second round of the 2019 draft out of Ohio State. He played for the Buckeyes from 2014 to 2018. He was redshirted his freshman year.

He was a two-time Big Ten champion and earned First Team All-Big Ten honors in 2018.

He was hoping to help the Colts to their first win before Sunday’s injury.