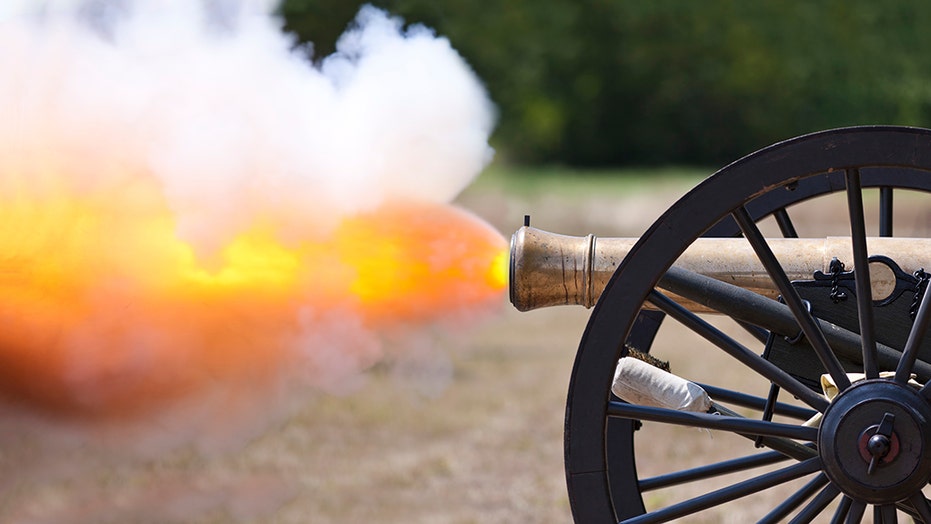 Cannon fodder is probably not something college football referees have to prepare for when going through training, but one official learned last weekend to keep his head on a swivel at all times.

A video of the incident, obtained by News Center Maine, shows the referee walking toward the right of the end zone falling down and clutching at his face after the cannon blast goes off.

Luckily, the cannon wasn’t loaded with a cannonball. The referee was hit with black powder and a substance that was made into a “wad,” according to Bangor Daily News.

The referee was hospitalized with non-life threatening injuries.

The Hancock County Sheriff’s Department said a Maine Maritime Academy alumnus brought the cannon to the game and fired it.

According to Bangor Daily News, the school said the cannon “was fired from outside the fence behind the end zone. One of the game officials was proceeding along the end line when the cannon was fired and was struck by packing material from the cannon. The Academy’s president has directed that these devices will no longer be permitted on campus for future events.”

An investigation into the incident was referred to the district attorney’s office pending possible criminal charges.