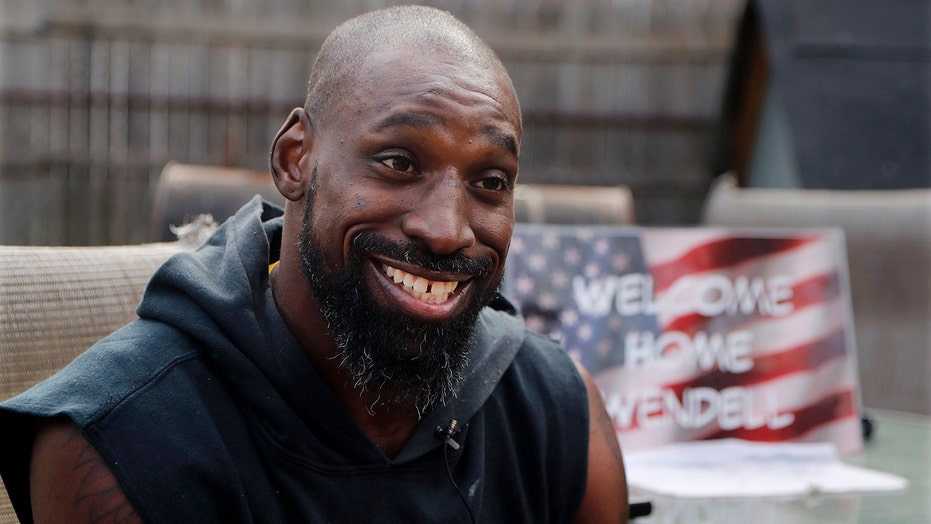 Former college football player Wendell Brown returned to the U.S. on Wednesday, three years after he was sent to a Chinese prison for allegedly assaulting a man during a bar fight.

Brown, a Detroit native who played linebacker for Ball State University, was teaching English and coaching American football in China when he was arrested in September 2016 and charged with intentional assault. Brown denied hitting the man and witnesses said he was the one being harassed.

Wendell Brown returned from China, where he was imprisoned for his involvement in a bar fight. Brown, a native of Detroit had been teaching English and American football in southwest China when he was arrested in September 2016 and charged with intentional assault. (AP Photo/Carlos Osorio)

The court ruled that Brown “didn’t do enough to de-escalate the situation,” according to the San Francisco-based rights monitoring group, the Dui Hua Foundation.

Upon his return home, Brown reflected on his freedom.

“We don't really understand that word to its fullest extent until [we're] without it,” Brown said. “Hallelujah! I'm free!”

Brown didn’t divulge too much about the Chongqing incident or his treatment in prison.

“I had water. I was able to live. I was safe,” he said, adding he lost about 30 pounds. “I'm just very fortunate that it's over. I'm blessed to finally be back in my family's presence.”

Brown, 32, said he plans to head to Florida in a few days to spend time with his 12-year-old son. He said he plans to travel abroad again and has no intention of telling other would-be travelers to avoid China.