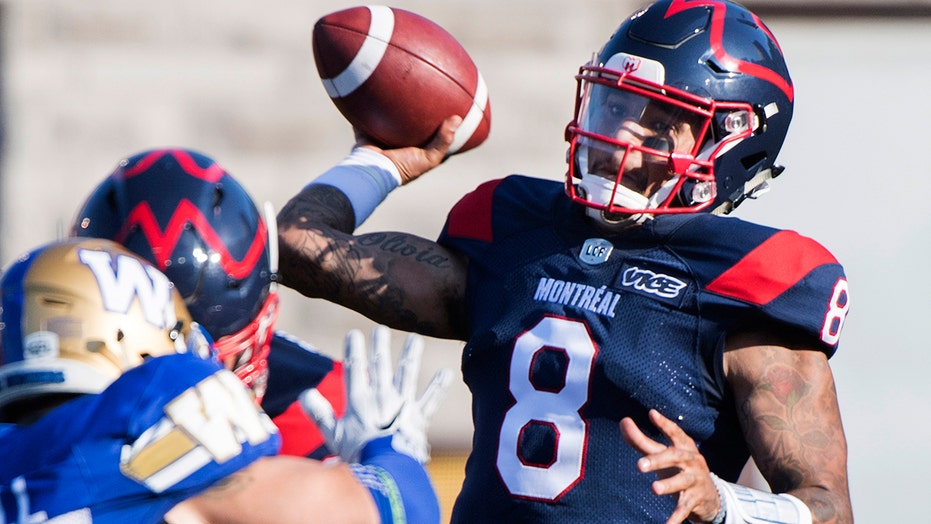 Canadian Football League star and former Oregon standout Vernon Adams Jr. was suspended one game after a wild incident in a game against the Winnipeg Blue Bombers on Saturday.

The Montreal Alouettes quarterback got into a scuffle with Blue Bombers linebacker Adam Bighill after Adams threw an interception. Bighill attempted to block Adams during the play but a bigger incident ensued.

Adams and Bighill began to push each other. Adams managed to rip Bighill’s helmet off and swing the piece of equipment around. It appeared Adams hit Bighill with the helmet during the altercation. It didn’t appear Bighill suffered any injuries from the incident.

Adams was not ejected for the incident.

The league announced the suspension Monday. He will miss the team’s next game against the B.C. Lions this coming Saturday.

Adams, who was a standout with the Oregon Ducks in 2015, has played in the CFL since 2016. He has 2,953 passing yards and 15 touchdowns this season for the Alouettes.

Montreal is 7-5 this season and in second place in the East Division.