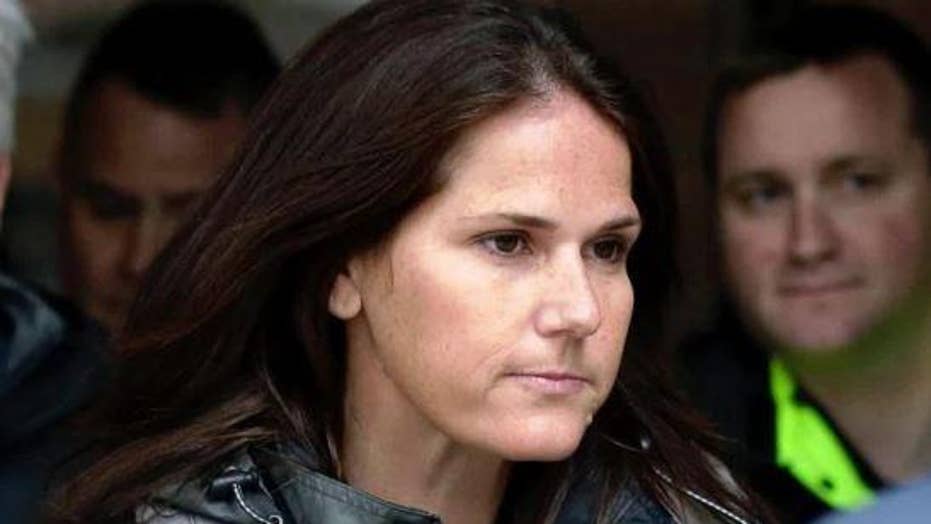 A former assistant soccer coach at the University of Southern California switched her plea to guilty Tuesday in the college admissions scam, admitting to creating fake athletic profiles for the children of wealthy parents, including actress Lori Loughlin and fashion designer Mossimo Giannulli.

Laura Janke, 36, has agreed to cooperate with prosecutors and could be called to testify against others, including "Full House" star Loughlin and Giannulli, who have pleaded not guilty.

Janke had initially pleaded not guilty to one count of conspiracy to commit racketeering in March. She pleaded guilty after reaching a plea deal.

She has also agreed to pay a nearly $135,000 forfeiture judgment, which prosecutors said equals the amount she benefited from in the scheme.

Prosecutors said Tuesday that they are seeking a sentence of 27 to 33 months in prison, though the charge carries a maximum of 20 years. The Los Angeles resident will be sentenced Oct. 17.

Janke spoke in court only to answer the judge's yes or no questions and declined through her lawyer to comment after the hearing.

Janke is the fourth coach to plead guilty in what authorities say is the biggest college admissions scheme ever prosecuted in the U.S. She accepted bribes and helped make bogus athletic profiles to get applicants admitted to universities as recruits for sports they didn't play, authorities said.

One of the fake profiles was for Olivia Jade Giannulli, a YouTube star and the youngest daughter of Loughlin and designer Giannulli. The profile portrayed the teenager as a competitive rower even though she didn't play the sport, prosecutors said. She was ultimately admitted to USC as a crew recruit.

Loughlin and Giannulli have pleaded not guilty to paying $500,000 in bribes to get their daughters into USC. They haven't commented publicly and their lawyers and representative didn't respond to an email seeking comment on Tuesday's developments.

In court, prosecutors said bribes totaling more than $300,000 were sent to the accounts of private summer soccer camps run by Janke and former USC women's soccer head coach Ali Khosroshahin, who is also a defendant.

When she left the university in 2014, Janke continued working on the scheme, helping create many of the fake athletic profiles cited in the case, authorities said. Those profiles were used to gain students admission not just at USC, but also at Stanford and Yale.

In one instance, Janke created a bogus profile for the daughter of Toby MacFarlane, a former senior executive at a title insurance company, which described her as a "US Club Soccer All American," prosecutors said. MacFarlane's daughter graduated from USC last year without ever playing at the school.

Janke also created a fake athletic profile for MacFarlane's son that described him as over 6 feet tall when he was really 5 feet 5, authorities said. His son didn't play basketball at USC and withdrew from the school last year, they said.

A total of 50 people have been charged, including 33 parents, 10 coaches and college athletics officials, and seven others accused of orchestrating bribes or a separate scheme to cheat on college entrance exams.

On Monday, actress Felicity Huffman pleaded guilty to paying $15,000 to rig her daughter's SAT score in the scheme.